Scoot over canned/vacuum packed smoked salmon! This homemade Smoked Salmon is going to jolt you right out of your seat!

I decided it was time to actually post my approach to Smoked Salmon.  It is a classic grilling rite of passage, but can be notoriously difficult to master unless you have some tips and tricks to help you along the way. I’ll share with you all I’ve learned as I’ve been smoking salmon for a little over 10 years. We’ve had some batches taste too salty, some batches that were near perfection and it was gobbled up in one sitting.

Don’t get me wrong, even the worst of my smoked salmon recipes is still delish.  I can honestly say that we’ve never let a single bit of this go to waste. It can be summarized in three steps: 1) Brine; 2) Dry; and 3) Smoke.  That’s it!

Start with a skin-on salmon fillet.  I prefer farm raised salmon for smoking.  They are typically fattier and stay moist and flaky when it is completed.  I am always drawn to the Copper River Salmon when they are out, though. That deep red flesh is out-of-this-world gorgeous!

The first step is to create a brine.  I prefer dry brining for salmon. The brine is a sweet and salty mixture that liberally covers the fillets of the salmon to draw out the moisture.

Step Two: Cut the fillet into similar thicknesses. Place the cut pieces into a baking dish and fully cover it with the dry brine.

When you put the salmon fillet into the dish, note the texture and stiffness of the salmon.  It is light, soft and easily pliable. After it has had several hours in the brine, it will be harder and much more firm.  That is because the brine has drawn the moisture out of the meat.

Be Careful When Brining
Be careful here.  The most common mistake in smoking salmon is to keep the dry brine on the fillets too long or not washing all of the brine off the flesh.  It may result in an overly salty piece of fish. If you wash off the brine real quick…stop…allow the water to flow over the salmon for a bit and rub the salmon to help any stray brine off.

If you think the salmon is too salty, reduce the salt to brown sugar ratio next time.  I prefer it at 1:3. You’ll see a lot of recipes that recommend a 1:1 ratio, but I have always found that to be way too salty, especially along the edges and thinner parts of the salmon.

Step Four: After you remove the salmon from the brine, rinse it thoroughly.  I do mean THOROUGHLY. If you think you rinsed it enough, do it some more.  I gave it a light rinse one time and really regretted it. Too much salt remained on the meat and it was too salty for eating straight off the grill.  I ended up mixing it in with some pasta and it worked great.

Step Five: Pat the salmon fillet dry with a paper towel and set it on a cooling rack uncovered in the fridge for two to three hours.  It will develop a pellicle which is when the proteins work their way to the surface of the fillet and forms a tacky surface. Not only does this protect the meat, it gives the smoke a place to stick to the salmon

We will be hot smoking the salmon.  Cold smoking, as the name implies, is a much cooler smoking process that is used to make lox.

Step One: Set the temperature to 225 degrees using the plate setter for indirect heat and add in your favorite wood chips.  I prefer a light smoke of hickory.

You don’t want to “grill” your salmon.  You want to smoke it. So, be patient and let the low and slow smoking add the flavor to the fish.

Step Two: You do not have to baste salmon as it is smoking.  In fact, I have only recently started using honey to add an extra sweetness.  About every 45 minutes, brush local organic honey on top of the fillet. The heat will cause the honey to liquify quickly and drip down the sides, so I recommend keeping a drip tray underneath.  That’s another reason I like the Half Moon Raised Grid – it has a built in drip tray.

Alternatively, brush a Grade B maple syrup or even a mix of a sweet syrup/honey and spicy cayenne pepper flakes for a surprising kick.  I want to try a bourbon glaze next. We have a local distillery that makes a great bourbon (I used it on our homemade bacon)

My son favors the honey basted smoked salmon.  It causes the skin of the salmon to harden a bit more and leaves a fantastic sweet taste that complements the salty/smoky flavors of the fish.

Step Three: At 225 degrees, it took two hours for the thin fillet to be cooked through.  It took almost three hours for the thicker fillet to be done. You want the internal temperature of the salmon to be at least 150 degrees.  I’ll be frank, do this a couple of times and you can just look at the deep, rich coloring of the smoked salmon to know when it’s done.

Step Four: Let it rest a few minutes and then serve.

As you can see in the picture, I used two different tools to help with the smoking.  The first is the Half-Moon Raised Grid. This adds another layer to your grill and lets you get even more on.  It is perfect for smoking. When that fillet was done, I just lifted the whole assembly off and brought it in to cool.

The other tool is my absolute favorite grilling accessory.  It is a non-stick copper grilling mat. This comes in especially handy when smoking salmon.  The skin will inevitably stick to the grill. I have tried everything I can think of, but using the copper mat is the only way I have been able to avoid having the salmon skin stick to the grill.  Best of all, it is easy to slide on to a baking sheet to transport inside. My copper mats were a little big, so I used a pair of scissors to cut it down to fillet size. It’s reusable, so it will forever be my smoking mat.

What is That White Stuff on the Salmon

“That white stuff” is formally known as albumin. While it is unattractive, it is not harmful.  It is just a protein that coagulates when it is heated. It will always make its way to the surface of the meat.

I use the amount of albumin rising to the surface as a gauge to see how quickly the salmon is cooking.  Remember, we are trying to go slow and slow, so you shouldn’t see a LOT of albumin, but you will always see some.

One way I address it is to baste the surface with honey.  The brush wipes the albumin away and the honey quickly forms a protective seal. Another tip I tend to use if I’m serving this to guests is to sprinkle parsley on it as it makes all the whiteness “go away” in their eyes.

Smoked salmon will last for three of four days in the refrigerator.  Of course, with a teenager who loves fine grilling meals, we have never actually had salmon last that long.  In fact, I just set it on the counter and he magically appeared with a fork and a grin. I had to cut off the salmon we planned on using for other recipes and put it out of reach. Darned kids!

Smoked salmon can be frozen easily and will last for several months. Wrap it in Press-N-Seal first and then put it in a freezer safe Ziploc bag. Squeeze as much air out as possible.  I am extra cautious when it comes to freezer burn with foods that I spent so much time and effort creating.

You’re going to see a lot of recipes that will use smoked salmon.  Smoked salmon is typically used as part of an appetizer served with crackers. You can also incorporate it into deviled eggs, pasta dishes, salads and on platters.

Hot smoked salmon that reached a temperature of 160 degrees is safe for pregnant women to eat.  There is debate about cold smoked salmon as it never reaches 160 degree and might not kill all of the bacteria.  I recommend playing it safe and enjoy this hot smoked salmon while pregnant!

Grilled Salmon – This easy recipe includes brown sugar and lemon and is grilled to perfection. It is so delish and it doesn’t get too much easier.

Cedar Plank Salmon Fillets – The parmesan crust on this classic Pacific Northwest dish really sets it apart and you’ll wish you had made more!

Rosemary Thyme Salmon – The mild flavors of the fresh herbs complement the salmon without taking over the palate. This is perfect with fresh herbs from the garden.

Smoked Salmon with a Dry Brine

This Dry Brine Smoked Salmon with a honey glaze is an incredible appetizer or can be used in other dishes like pasta or deviled eggs. One bite into this and you are going to gain friends fast so be prepared!
No ratings yet
Print Pin
Course: Main Course
Cuisine: American
Prep Time: 12 hours
Cook Time: 3 hours
Total Time: 15 hours
Servings: 8 servings
Calories: 179kcal
Author: Jason

Dry Brine For the Smoked Salmon

Prepare the Salmon for Smoking

If you want the salmon less smoky, use less wood or use a fruit wood like apple for a more mild smoke. If this is your first time, start with a fruit wood!  Note the serving size! This is meant to be smaller so if you plan to eat ¼ of the salmon, adjust accordingly!  You can leave off the honey at the end but it will impact the flavor! 🙂 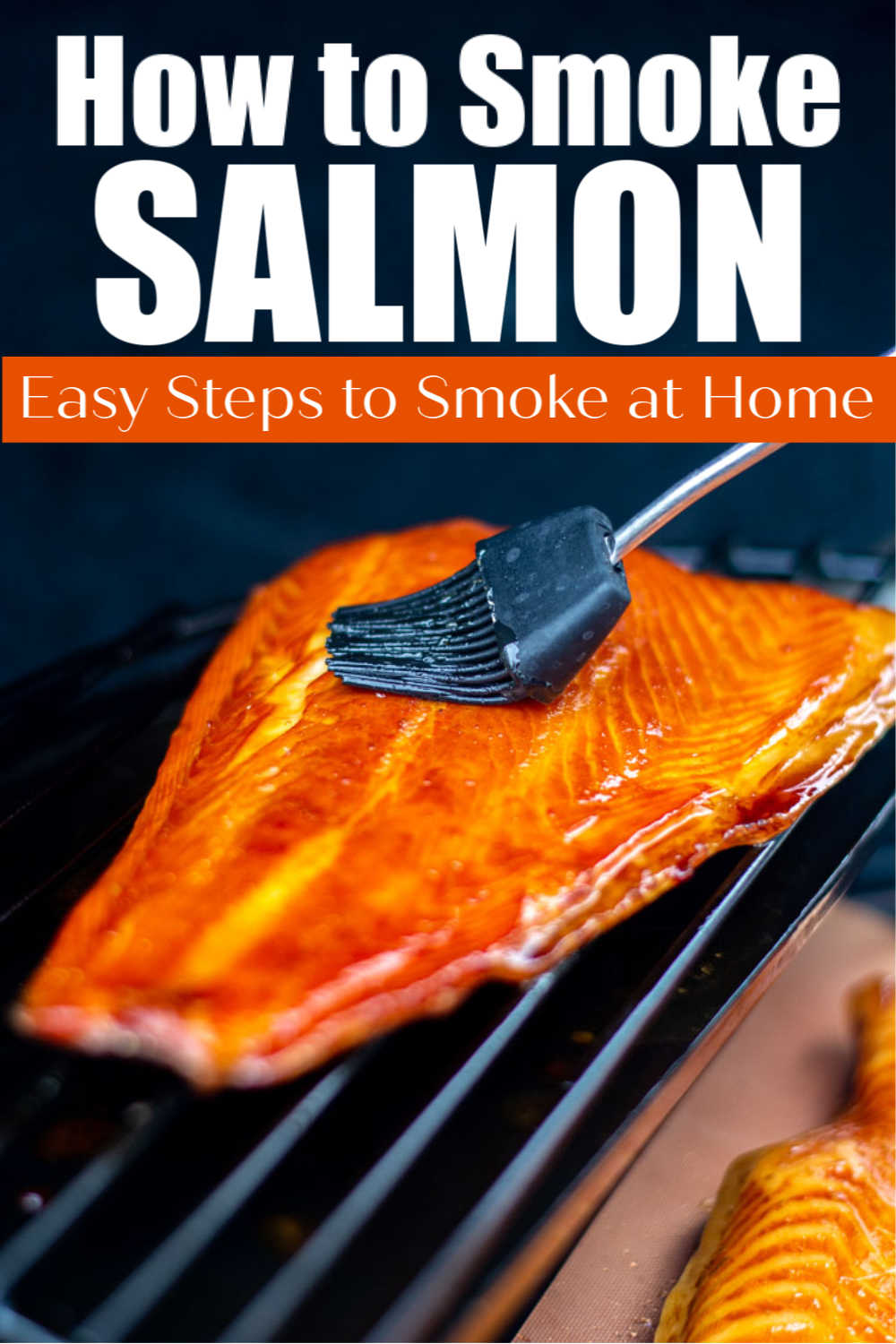 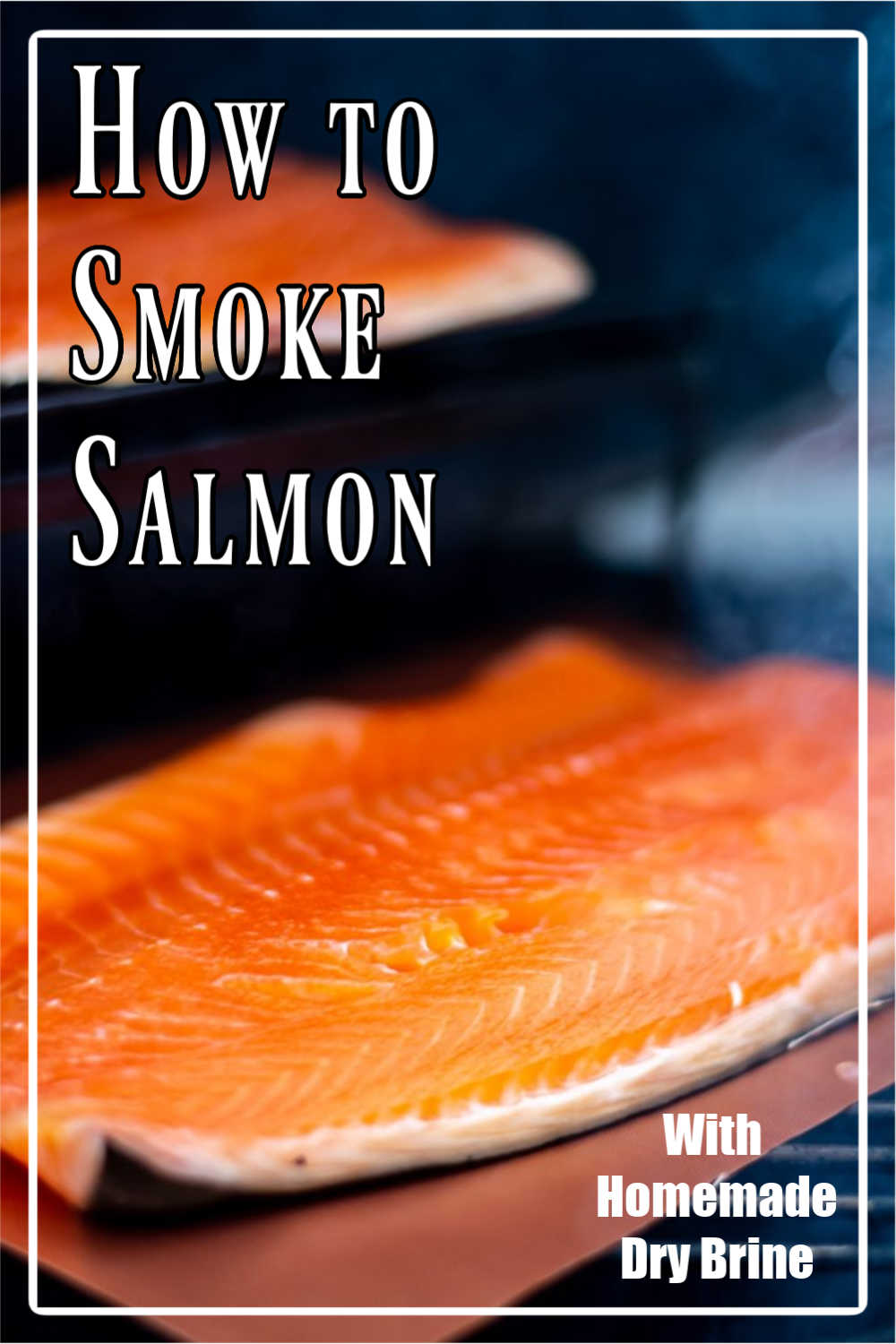