Sitting in front of the fish case, wondering what the difference is between Steelhead vs Salmon because they look very similar, and one is significantly cheaper per pound. Wondering which one is best, and which one will work well for my recipe of choice? Here’s what I’ve found.

While you will find many minor differences in nutritional value, taste, and texture, the truth is these two fish are very similar and can be used in many of the same recipes interchangeably. Salmon has more flavor and would be better suited for a dip. Steelhead is not a salmon species, is mild in flavor with a softer texture and is equally suited for smoking or grilling with a dry rub.

As you can see from this chart, the nutritional value and health benefits of salmon and steelhead fish are very similar. Steelhead has fewer calories and both are excellent sources of Omega-3 fatty acids. The two fish also contain numerous vitamins (Vitamin B and Vitamin D especially) not listed here.

The FDA shows that these fish are very low in mercury as well.

From a pure health perspective, salmon is slightly better for you based on these findings, however, the difference is only very slight. So what other ways can we compare the two fish?

If you are choosing between the two fish, based purely on what you can see in the store, you will find that Steelhead trout will usually be cheaper per pound and have a smaller total weight. Because more salmon is sold, it might be easier to find it fresh in the store. Steelhead filets tend to be thinner cut than salmon.

You’ll typically see salmon fillets be a bit larger. That is because steelhead are a bit smaller, unless they have migrated to the ocean. In that case, they can grow quite large.

There are several different types of salmon you will find at the store. Chinook, Pink, Coho, Sockeye, Atlantic, Farm Raised, and King are the most common varieties you’ll find. Most are found on the west coast of North America, with the exception of the Atlantic salmon.

If you ever run across Copper River Salmon, treat yourself and pick it up. This is my favorite and it is only available for a short time each year (April through September) when the king and coho salmon run in the Kenai Peninsula in Alaska. The meat is a deep, dark red and is scrumptious! I stuffed mine with a cream cheese and shrimp filling and wrapped them cedar wraps to cook! Check out the Grilled Copper River Salmon recipe.

One of the most notable differences between salmon and steelhead trout when cooking is that the flesh of salmon tends to be more firm. This gives it structure when cooking. Steelhead trout has more fat content and is softer in texture. Because the filets also tend to be thinner in size, steelhead will cook faster than salmon.

Other differences include flavor. Salmon has a more robust flavor than steelhead, making it more appropriate for a recipe such as smoked salmon dip or sushi, where the entire flavor of the dish rests on the flavor of the meat.

Anywhere you will be using seasoning, smoke, or a dry rub, steelhead or salmon can be used interchangeably. Steelhead (sometimes called sea trout) might fall apart more during the cooking process, but other than that, the two fish are very similar and may even be indistinguishable.

Your preparation methods for both fish will be exactly the same.

Baking. To bake either fish, gently oil the fish and then add the seasoning of your choice. You can choose between a simple salt and pepper blend, a traditional seafood blend, or any dry rub with the flavor profile of your choosing. Bake for 10-12 minutes at 400º F and test for doneness.

Grilling. To grill the fish, heat your grill first, add seasoning to the fish and place it on the grill. You might want to line your grill with foil since both fishes are soft and tender and tend to fall apart when cooked. We love to cook either of these on a cedar plank with a dash of lemon as well.

Smoking. Follow our recipes for short smoking or long smoking options. Both of these fish take the smoke flavor really well so you can choose any type of wood you like from the stronger hickory to a simple cherry wood smoke. Add salt and pepper at a minimum or any dry rub you enjoy.

Frying. Use a cast-iron skillet with a lid to fry your fish just as we did with the sheepshead. Add a small amount of oil to the pan to help the skin crisp up. Cook the fish flesh side down first with the lid on. After a few minutes flip the fish to skin-side down and remove the lid to let the skin crisp up as the fish finishes cooking. This is not my favorite method, but it does work and gets a really nice crispy skin compared to other methods.

Serve up any of these salmon recipes with a robust salad, roasted veggies or rice pilaf to complete the meal.

What is Steelhead Trout?

Salmon is a fish born in freshwater which travels out to the ocean to eat and live but returns to its river of origin upstream to spawn before dying. This fish is mild, firm, and pleasant to the taste, even if it is wild vs farm raised.

What is the difference between Salmon and Steelhead Trout?

These two fish are very similar both in life cycle and taste. The main difference is simply one of lineage, with steelhead trout coming from the rainbow trout family while salmon is in a class of its own. Practical differences include price, mercury levels, and percentage of fat content.

Can I substitute steelhead trout for salmon in a recipe?

Yes. In most recipes, steelhead trout is the perfect substitute for salmon. The steelhead fish has a softer flesh and higher fat content, which might require you to make some accommodations such as lining your grill with foil or using a cast iron skillet to contain the fish in a smoker.

What to serve with salmon or steelhead trout?

You can serve either fish on a salad, or next to a variety of side dishes depending on your flavor profile of choice. Both of these fish go exceptionally well with rice or risotto, can stand up next to mashed potatoes or sweet potatoes, and will pair well with salads, cole slaw, or roasted veggies. Both fish can be used for tacos as well.

Can I freeze the leftovers? 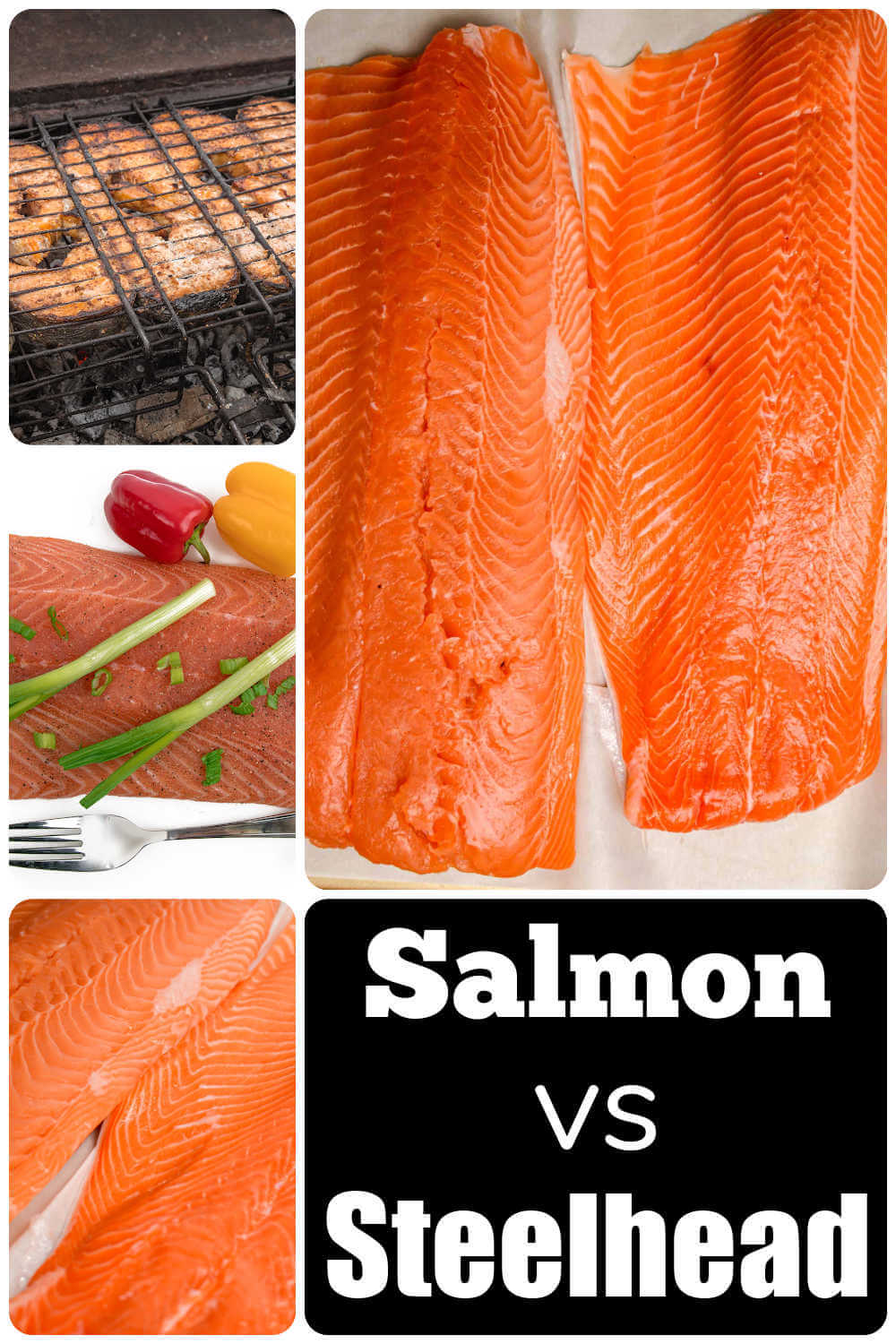 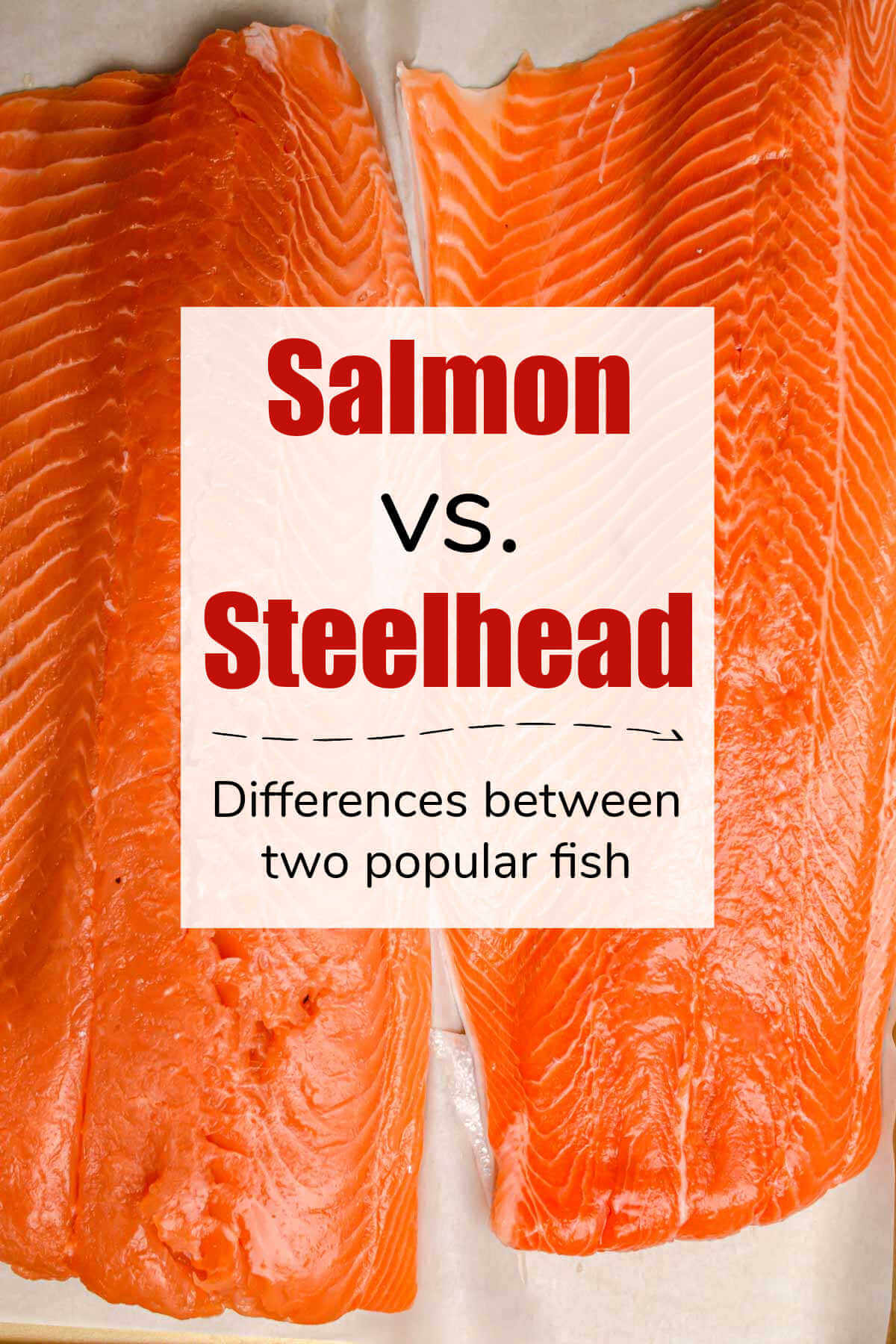