Can pork be pink after cooking and still be safe to eat? There is a common misconception that pork needs to be cooked until it becomes grey and has a dry, chewy texture. We have some good news! Pink meat does not equal raw or undercooked meat. Keep reading to find out the science!

Contents hide
1 🐽 What Happens If You Eat Slightly Undercooked Pork?
2 🐷 Why Is Cooked Pork Sometimes Pink?
3 🔥 What Temp is Pork Done?
4 How Long Should Ground Pork Be Cooked?
5 ❓ Why Do So Many People Avoid Pink Pork?
6 F.A.Q.

There are many reasons cooked pork can still be pink and safe to eat at the same time. Contrary to old beliefs, color is not a key indicator of pork doneness, even though this typically works well for beef.

Let’s shed some light on this highly debated topic!

🐽 What Happens If You Eat Slightly Undercooked Pork?

The primary concern for eating raw or undercooked pork is food poisoning caused by E.Coli and Salmonella. We definitely want to avoid these!

These two types of bacteria are often present in pigs and chickens. The safest way to kill them is via heat exposure for a sufficient amount of time.

Food poisoning caused by eating undercooked pork can start with light symptoms and the onset can vary between 6 hours and 14 days, depending on the bacteria that caused the infection.

If you experience any of these symptoms, seek medical help immediately. Even if the symptoms are light in the initial stage, Enterohemorrhagic E. Coli can impair kidney function which can be life threatening. So, don’t mess around with it – and talk with your medical professional.

Trichinosis used the be the major concern when eating raw or undercooked pork, but that’s no longer the case thanks to strict guidelines for meat processing and storage that have been set in place.

While the chances of contracting this parasite are very low, it’s a good idea to be informed, so here are the most common symptoms of trichinosis:

The condition can further aggravate and cause heart and breathing problems. When left untreated, it can even be fatal.

🐷 Why Is Cooked Pork Sometimes Pink?

Is it possible that your pork meat is pink because it’s undercooked? Yes, but it’s definitely not the only reason. Here are four other factors that can make your pork pink even if it was properly cooked:

When high temperatures are used such as for grilling and searing, some proteins denature quickly, before they have time to change their color and that can lead to pink meat.

Fatty meat cuts like pork belly are an example and they have higher chances of retaining a pink hue even when fully cooked.

For this reason, cured meats will keep their pink color even after thorough cooking.

Consider the ones you use on your pork meat to judge if the spice mix you used is the reason it has pink areas, even if it’s well cooked.

🔥 What Temp is Pork Done?

Before 2011, the USDA-approved safe cooking temperature for pork was 160°F (71°C) and that almost always translated into pork that’s dry and overcooked.

The regulations were revised in 2011 and the new safe internal temperature for cooked pork is 145°F (63°C) and a 3-minute minimum recommended rest period during which the temperature will continue to raise a bit.

The most accurate way to find out if your pork is cooked is to use an internal meat thermometer in the thickest area of the cut as we did in the Smoked Pork Loin and Smoked Pork Roast.

Note: We used to think that performing a “poke test” was sufficient. If the juices ran clear, it was a proxy to determine if the meat reached the recommended temperature for safe eating. DO NOT use this as a test. Grab your thermometer – it only takes a second! Safe pork temp is 145°F (63°C). Especially when cooking a monster like the Smoked Crown Pork that may not read the same temp all over.

Keep in mind that even if you turn off the heat when your pork reaches 145°F internally, the temperature may keep rising during the resting time, which is absolutely fine.

Resting is also important for the final texture of the meat, as it allows all those tasty juices to redistribute within the meat and not drip our over the counter.

There’s no need to freak out about your cooked pork being pink as long as it reached the safe internal temperature. When cooking pulled pork, check out the pulled pork temperature chart for more deets!

How Long Should Ground Pork Be Cooked?

Ground pork is an exception to the above-stated cooking temperature because of the way it’s processed.

During mincing, the meat is exposed to air and contaminants. The surface area of the meat is much greater and it is more prone to bacterial growth.

The processing and packaging of ground meat involves several pieces of machinery and further increases the risk of contamination with various types of bacteria, such as staphylococcus and salmonella.

As a result, ground pork should be cooked to 160°F (71°C) to be safe to eat. This also applies to all other ground meats.

❓ Why Do So Many People Avoid Pink Pork?

Remember, trichinosis used to be more common in domesticated swine and it’s the main reason we still have many people who are afraid to eat pink pork meat.

The strict regulations for testing, packaging, and storing meat have significantly reduced cases of trichinosis in the U.S. and most parts of the world. In fact, you’d have a greater chance of catching this parasite from eating undercooked bear meat.

There’s a sizeable crowd still clinging to the outdated belief that pink pork is a sign of undercooking and there’s no way it’s safe to eat unless cooked to 160°F.

Unless you actually enjoy the dry texture of pork cooked to 160°F, you can use the newly recommended internal temperature of 145°F for meat that’s still succulent.

Can I Eat Pork Medium Rare?

The surprising answer is yes, you definitely can! The USDA-recommended internal temperature of 145°F(63°C) will give your pork meat a medium-rare doneness and it’s perfectly safe to eat.

Since the 2011 regulation update performed by the USDA basically gives us the green light for eating medium-rare pork, this practice has been embraced by an increasing number of chefs, and also for home cooking.

Always use a meat thermometer to make sure the meat reaches 145°F and allow it to rest for a minimum of 3 minutes before serving. For larger cuts, allow 15 minutes of rest time so the juices can redistribute properly.

Health-wise, all bacteria and parasites don’t survive temperatures higher than 137°F, including trichinella. Turning off the heat at the 145°F internal temperature mark cumulated with the resting time will allow the meat to reach 155°F or more.

Note: Ground pork and products made from ground pork such as sausages still need to be cooked to at least 160°F to be safe for eating.

Is Pink Pork The Same As Rare Pork?

NO. Rare pork is definitely undercooked.

The internal temperature of the meat is what matters in terms of safe consumption, and for pork, the magic number is 145°F (63°C).

Can I Eat Bloody Pork?

No! If your pork is bloody, that means it wasn’t cooked enough. All swine meat is prone to various parasites and bacteria, which can only be killed by cooking it properly.

I know it’s difficult to let go of old traditions like cooking pork over 160°F. I still struggle with this sometimes.

Pulled pork is one exception when we actually need to go way higher, up to 195° – 205°F for the meat to become incredibly tender and easy to shred.

Of course, it doesn’t mean we can’t enjoy pork medium-rare as well! Here are some of our favorite medium-rare pork recipes you can try:

Bacon Wrapped Smoked Pork Tenderloin – This is the most tender cut of meat on the pig and is truly succulent. Don’t worry – it is EXTREMELY easy to make, and it looks phenomenal!

Smoked Pork Crown Roast – I love to make this on the holidays. Plan ahead and order the crown from the butcher early.

Smoked Pork Loin – This is a tasty and simple recipe that adds just enough smoky flavor to develop a great flavor profile! 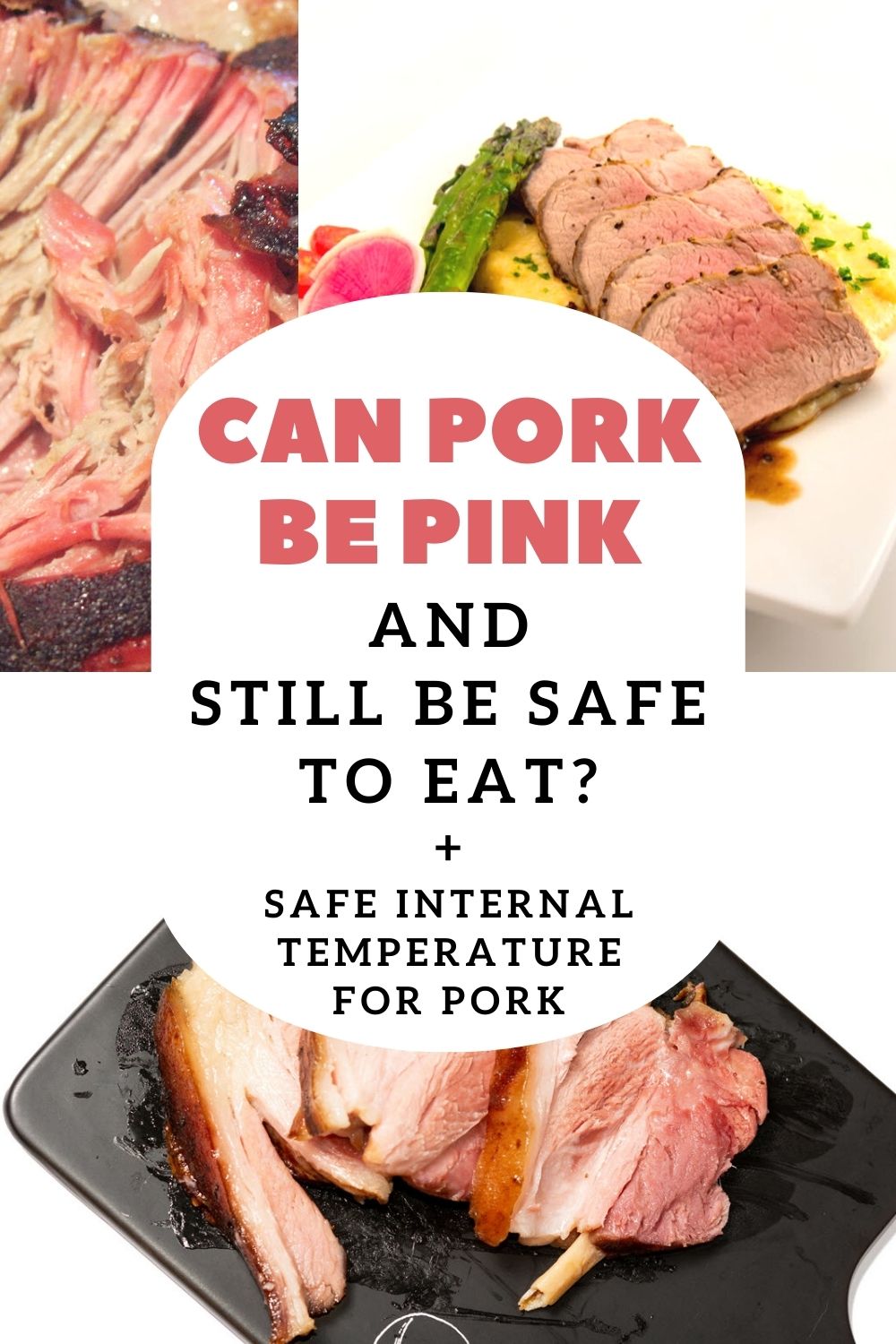 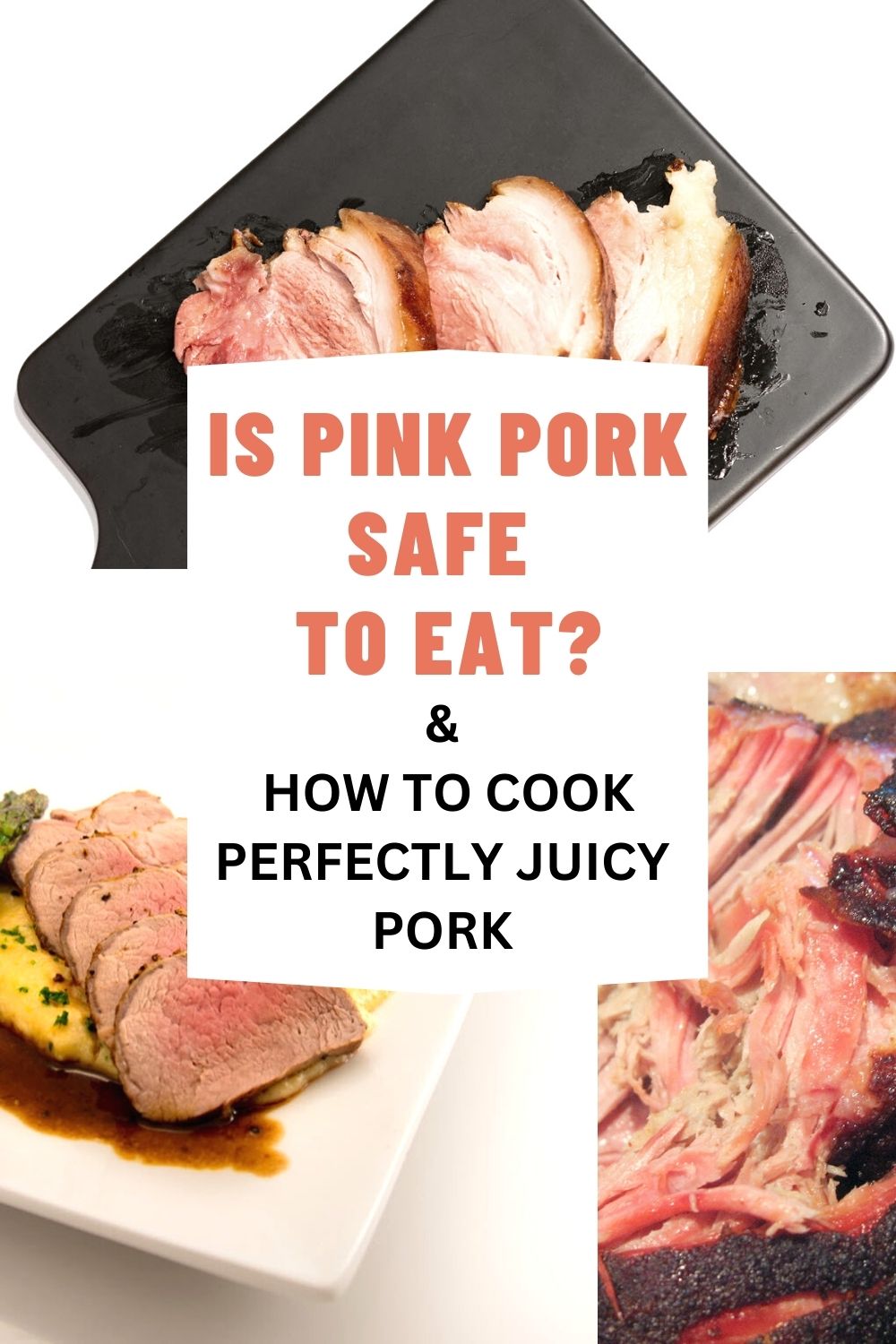