This Smoked Brisket is flat-out going to gain me a whole new set of friends and it will you, as well. It is so delicious, your neighbors will come knocking!

Smoked Brisket is a staple in grilling. If you haven’t smoked one yet, this is your chance! If you want to smoke a big piece of meat with almost guaranteed success, sit down and let’s talk Brisket!

This brisket is grilled using a completely different method than my previous one. In that article, I smoked and cooked it until it was well done – enough for slicing. This took around eight hours. This time I decided to try it a different way and see how it compared.

There are a few differences in the way that I attacked this one.  I have to tell you – we went nuts over the end result!

Step One: Cut off as much of the fat as possible, trimming the brisket down. I’ll be honest, I don’t always do it, but this time I spent a good twenty minutes trimming and had a plate full of the fat trimmings to show for it.  It definitely made a difference, and I won’t skip this step in the future.

Step Two: Rub a basic salt/pepper/celery seed rub on only ONE SIDE of the brisket rather than both sides. I honestly don’t know how much of a difference that made, but the end result was extremely flavorful.  It is possible it would have been too much had I coated both sides.

Step Three: Grill at 400 degrees over indirect heat for three hours. This allowed that crust to form with the rub. Usually, I go for the low-and-slow method, and I was a bit nervous in grilling this at such a high temperature, but it made a huge difference in the end result.  The crust was fantastic!

Step Four: Place a couple of pieces of wood on the grating and underneath the brisket to allow the brisket to create a little HUMP in the center that allowed the juices to flow down off the sides. I read about this approach online and was anxious to try it out. No juices pooled on the surface, and the crust stayed intact.

Step Five: Spray the brisket with a little water every hour.  This is to help make the outer bark of the crust of the brisket.

Finishing in the Oven

Step Six: Pull it off of the grill at the three hour mark (when the crust was getting hard) and transfer it to a sheet pan with two layers of foil topped with one layer of butcher paper. Lay the brisket on top and wrap it up completely. Leave it on a sheet pan and place in the oven at 275 for two hours.

When you take it out, allow it to rest for one hour before slicing it.

Note: To test to see if the brisket is done, stick a wooden skewer through the foil and into the meat. You are looking for very little resistance.  That indicates that the internal temperature was hot enough to break down the connective tissues. If there is hesitation, it is not ready. The meat should be between 200 and 205 degrees at this point.

There are several ways to prep this brisket early.

Wrap up the brisket and put in the refrigerator to put on the grill the next day! This saves a good 15-20 minutes. I love to prep early and readers have expressed the same.

To freeze, slice the brisket and wrap it in Press and Seal. Place it into gallon sized, freezer-safe Ziploc bags. I like to double wrap them as the meat is expensive and I have put a lot of work into it. If I do the double wrap, the meat comes out delish and I love it in my lunches.

I love the taste of Hickory as it really complements the rub.  My recommendation is to remember that a little goes a long way.  You do not need three full hours of billowing smoke to impart the smoke flavor.

I add a few large chunks of hickory to the bottom of the Big Green Egg and then place the lump charcoal on top.  As the charcoal burns, it will cause the wood to smoke. I prefer not to use small wood chips in the BGE, as I feel they burn away way too fast.

Only meat that has been graded by the USDA may use the USDA shield and designation on the packaging. There are three basic grades of brisket to choose from:

Brisket Twice Baked Potatoes – Use some of your leftover brisket on these amazing twice baked potatoes.

Brisket Baked Beans – Whip out the dutch oven and make these amazing baked beans on the grill. Add in some Guinness and the flavor will be out of this world.

Brisket Nachos – Shred some of the brisket and make nachos with it. The celery seeds in the brisket rub really make these pop with flavor! 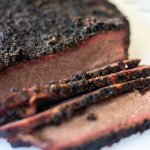 Finish the Brisket in the Oven

This is a much faster way to smoke a brisket than the traditional low-and-slow method.  It also provides more repeatable results.  Finishing in the oven eliminates most of the variables that will negatively impact the results, had it remained on the grill. 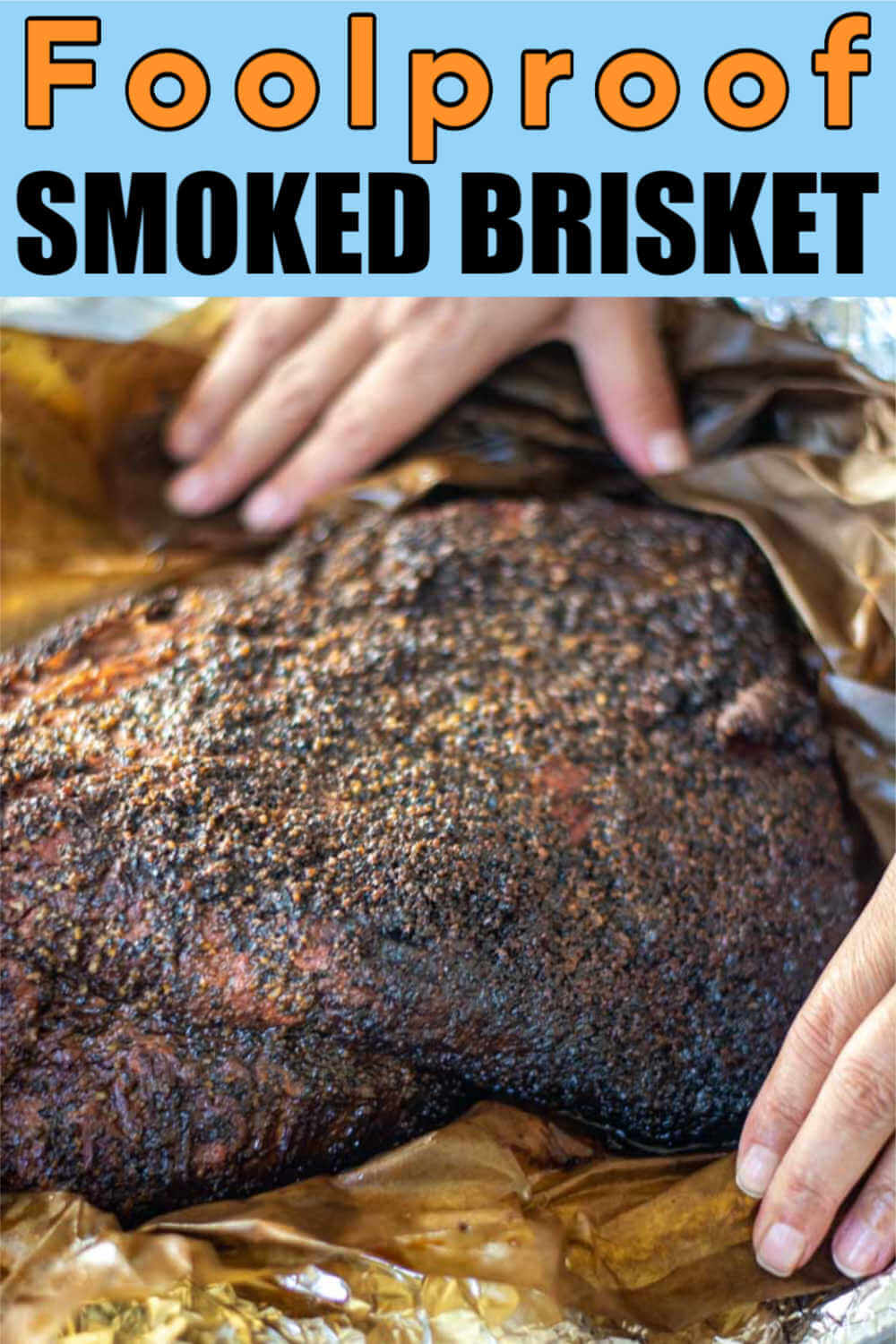 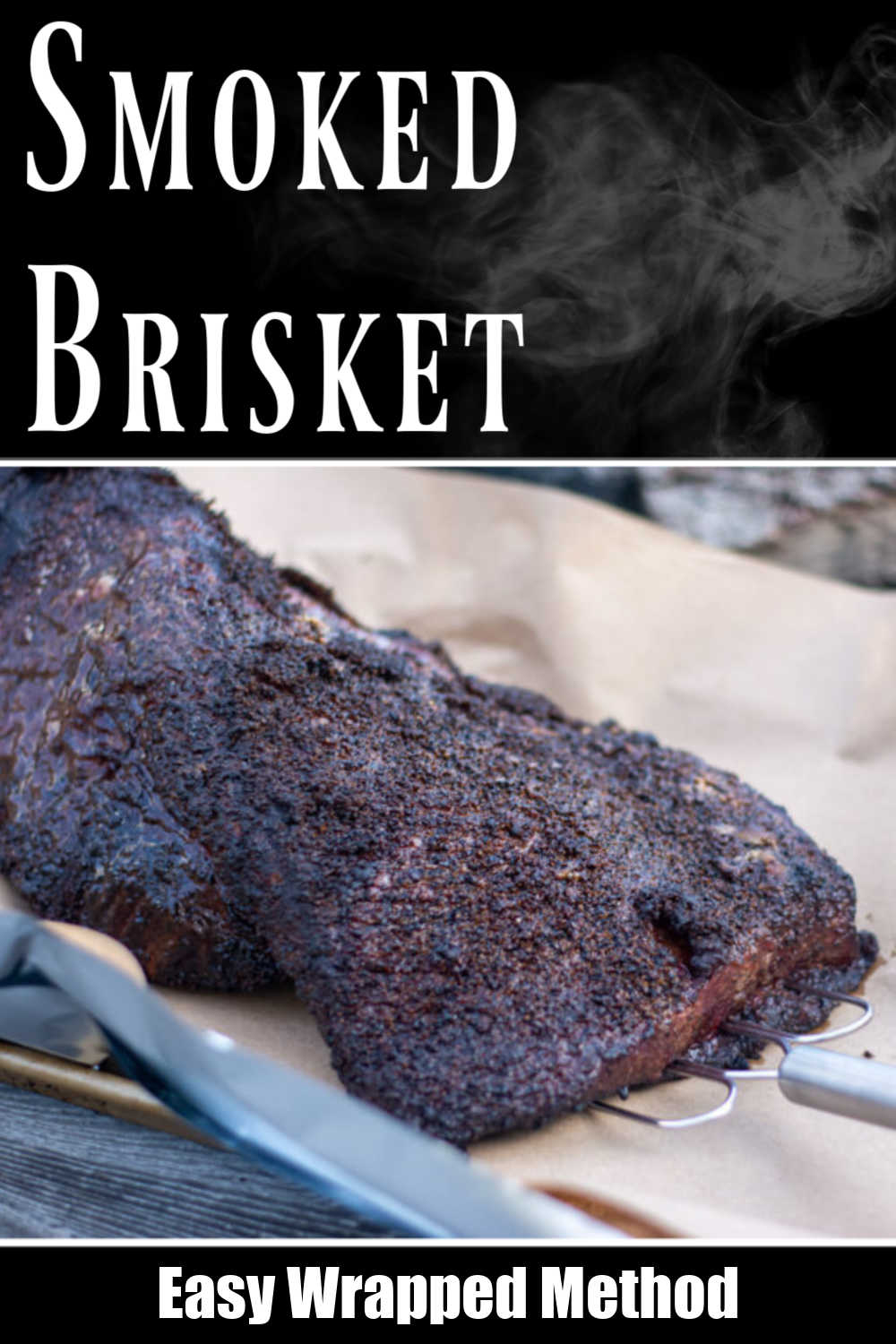