What Is a Porterhouse Steak?

Porterhouse steaks are famous for their large size, which can weigh up to two pounds. It’s cut from the point where the tenderloin muscle is the biggest.

Just keep in mind that because of their thickness, Porterhouse cuts generally take longer to cook. What’s more, unless their quality is compromised in any way, they tend to be more expensive.

What Is a T-Bone Steak?

T-bone steaks come from a similar cut as Porterhouse steaks. However, they contain a smaller tenderloin section than the Porterhouse cut, which makes T-bone steak much leaner.

Because T-bone steaks come from an area where the muscles aren’t as active, they’re more marbled with fat. This marbling makes the steak succulent when grilled.

That said, due to the fat content, T-bone steaks aren’t as healthy as Porterhouse steaks.

Porterhouse and T-bone steaks may appear identical to the untrained eye and it’s hard to tell the prime vs choice options. No one can deny that they have a similar appearance. Still, there are significant differences in size, nutritional value, preparation method, price, and even a subtle variation in shape between the two steaks.

Filet Size and Source of Cut

The main and most conspicuous difference between a Porterhouse and a T-bone steak is the filet size and its source from the cow.

Porterhouse steaks come from two different cuts of beef: tenderloin on one side and strip steak on the other. They’re a composite steak that contains the thickest layer of tenderloin, which is the short loin located at the back of the cow.

This combo is what gives Porterhouses their bigger and thicker size. It’s almost like having an extra filet, which is why it’s often offered as a meal for two in most restaurants.

T-bone steaks are cut from the middle of the loin saddle and have sirloin as well as a small chunk of the tenderloin on both sides of the T-shaped bone. They’re smaller than Porterhouse cut, but the sirloin side tends to be larger and fattier.

Summary: Porterhouse steaks have more filet compared to T-bone steaks, making it easy and enjoyable to share with other people. They can also serve as an indulgent meal for individuals with hearty appetites.

According to the USDA’s Institutional Meat Purchase Specification, the thickness of the filet is what distinguishes a Porterhouse from a T-bone.

The thickness is typically measured from the bone to the filet’s widest point.

For a filet to classify as a Porterhouse steak, the tenderloin side is required to be at least 1.25 inches wide.

A filet must be at least 0.5 inches wide but a little under 1.25 inches to be labeled as a T-bone steak. The reason T-bone steaks have less filet is that they’re sourced from the saddle, which contains less tenderloin.

Many specialists stress that a T-bone steak must be at least 0.25 inches thick to be classified and sold as such. Otherwise, the thin piece of meat is often sold as a bone-in NY Strip or a Club steak.

Porterhouse steaks contain more filet, which makes them heavier and thicker. As a result, they’re ideal for two-person meals or those who enjoy a large serving of steak.

In general, red meat is high in protein, which is necessary for muscle growth and recovery. It’s also high in iron and vitamin B-12, both of which help to boost the immune system and keep red blood cells healthy.

One of the main reasons many steak lovers prefer the Porterhouse is that it’s packed full of nutrients.

On average, a Porterhouse steak contains around 14% iron, 26% zinc, 31% vitamin B12, and 16% vitamin B6. It also contains minerals like phosphorus, niacin, and riboflavin, to name a few.

That said, because Porterhouse steaks contain over 1,000 calories per pound and typically weigh more than 1 ½ pounds, the nutritional value for this massive steak will ultimately depend on how much you consume.

T-bone steaks contain nearly as much iron, zinc, vitamins, and minerals as Porterhouse steaks. However, because T-bone steaks come from one of the least utilized muscles, they have a high fat and cholesterol content.

What’s more, a 24-ounce T-bone steak has around 14 grams of fat, roughly a third of which is saturated fat.

Even though they contain more calories, Porterhouse steaks have both lower fat and cholesterol levels. These large steaks are also often shared by two or more people.

You can get a little creative with a twig of rosemary and a couple of cloves of garlic. However, Porterhouse and T-bone, like most steak cuts, are best prepared with a simple coarse salt and pepper seasoning and a pat of butter.

Porterhouse steaks are thick, so they require more time to cook fully. Depending on how you like your steak done, the cooking time for the Porterhouse may be reduced.

A Porterhouse steak can be grilled, but using a hot smoking cast iron skillet yields better results. Just be careful not to overcook the Porterhouse because it can become extremely dry.

The cut of the T-bone steak makes it ideal for grilling. The T-shaped bone helps the steak maintain its structure under the extreme heat of the grill and the pressure of being flipped over.

In addition, the fat in this cut keeps the steak moist and delicious. On the other hand, the steak’s leanness keeps the cut tender.

Because of their high fat content and small size, T-bone steaks cook faster while remaining tender and flavorful.

The cost difference between the Porterhouse and T-bone is determined by weight, quality, how long the cut has been aged, and where you buy it from. This means that there are instances where a T-bone steak may cost more than a Porterhouse steak.

While Porterhouse steaks tend to cost more than T-bone steaks, many factors need to be taken into account to determine a cut’s price.

Porterhouse steaks are more expensive due to their thickness and weight.

Nevertheless, if a Porterhouse steak is butchered poorly, its quality goes down, which makes it cheaper. For example, a Porterhouse filet that’s thick on one side and thin on the other is uneven and thus considered of lower quality.

On a price-per-pound basis, a T-bone steak tends to cost less compared to Porterhouse filets. To check for the steak’s quality, make sure that the strip side has the larger potion.

Because the cost varies from filet to filet, it can be difficult to put a price on either cut. Nevertheless, T-bone steaks tend to be the more affordable of the two filets.

Keep in mind that both Porterhouse and T-bone steaks are still generally more expensive than other cuts of steak.

Looking at the difference between Porterhouse and T-bone steak, the best steak is the one that suits your taste and preferences.

That said, the thicker the steak, the easier it is to cook evenly. Thicker steaks also retain moisture and tenderness better. These cooking facts evidently favor the Porterhouse steak.

What’s more, a Porterhouse steak has an abundance of nutritional value and can be shared by two or more people.

Nonetheless, if you’re looking for an equally delicious but less expensive, smaller cut, you should go for the T-bone steak. 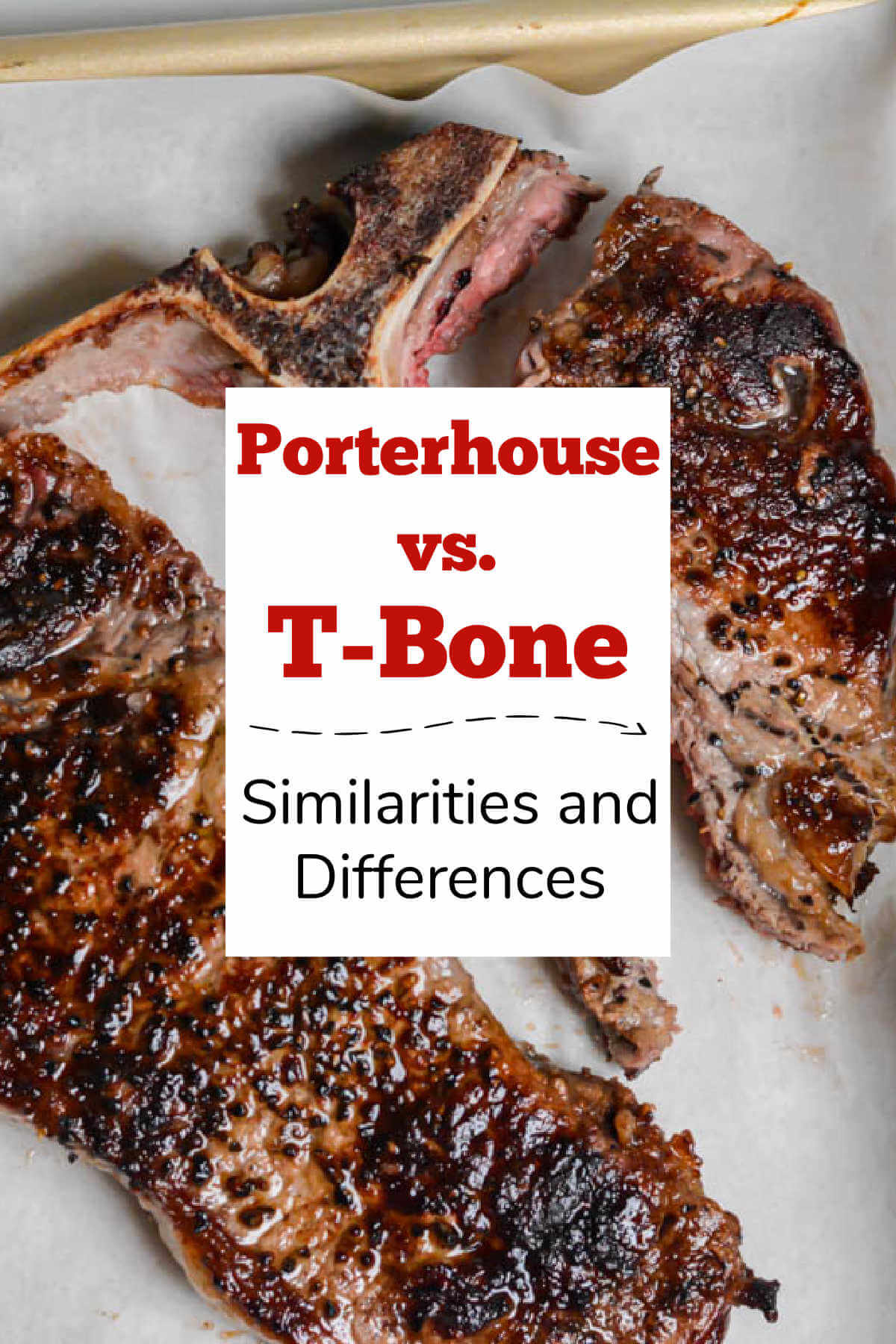 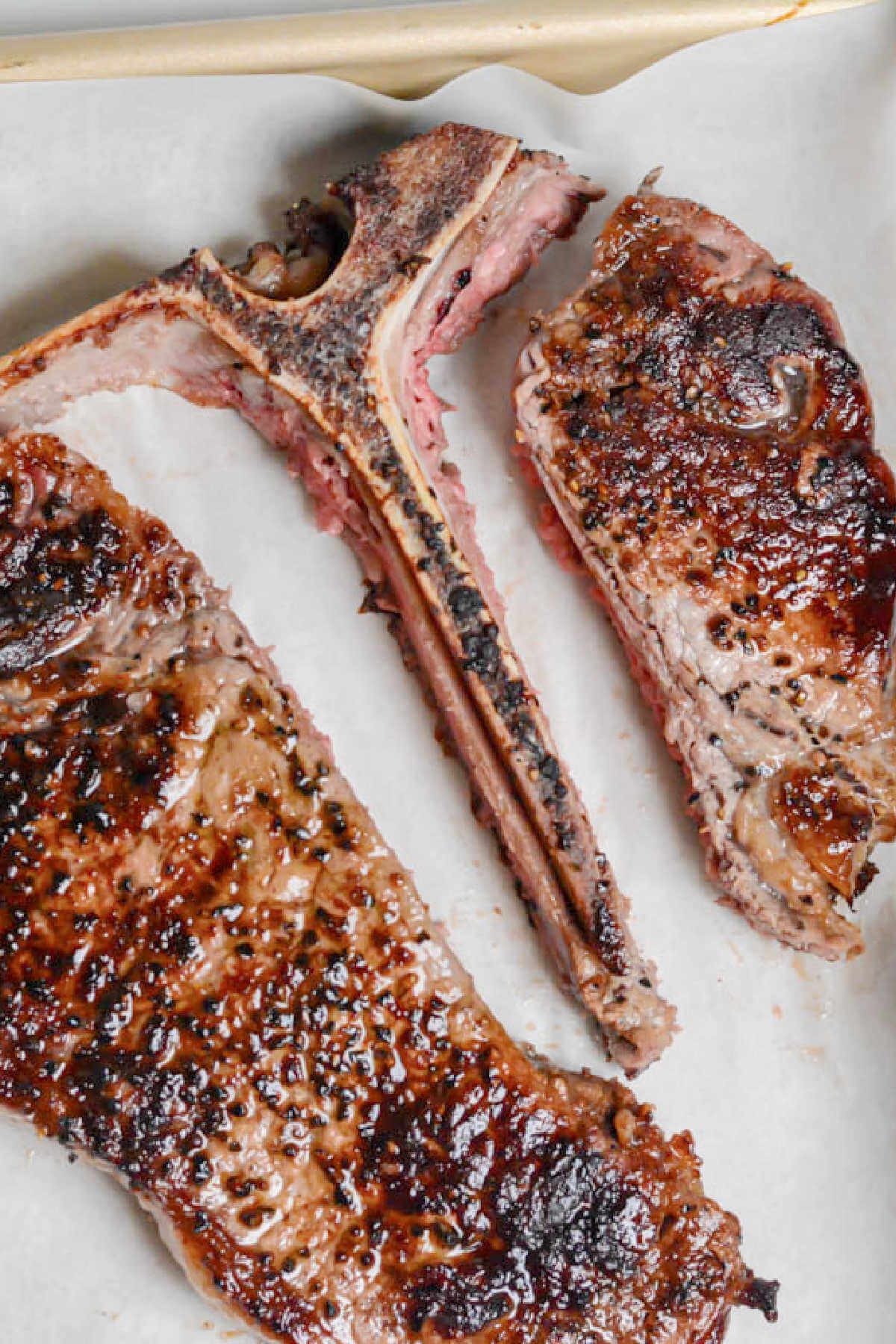 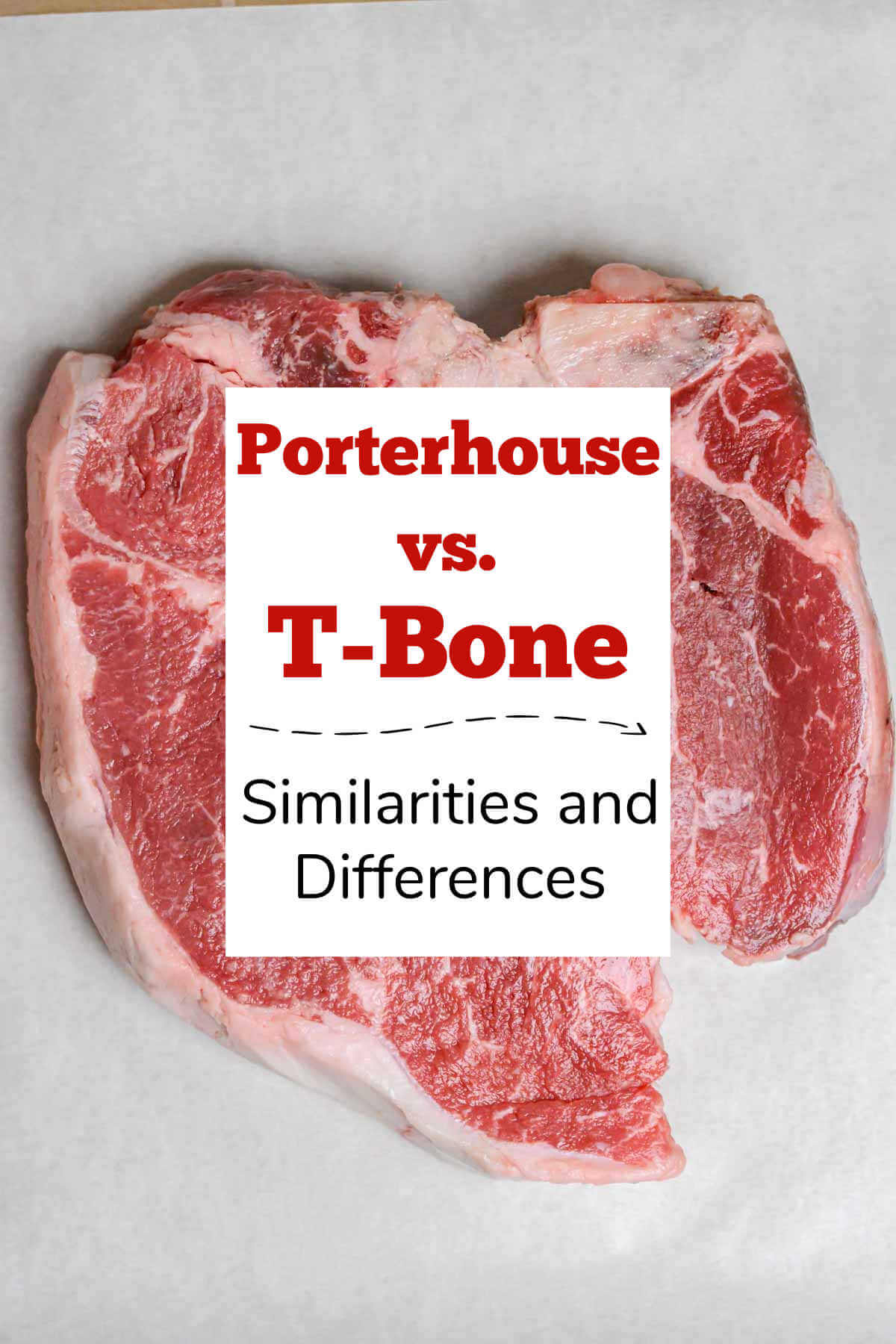