Grilled Parmesan Sweet Potatoes is a surprisingly huge hit in our family, but I wish it looked as good as it tasted. This is one of those recipes that is “to-die-for delicious” but just isn’t as pretty as it should be. Don’t let that stop you from making it.

Let’s get started on this super quick and rewarding recipe!

For the parmesan mixture, add the butter, parmesan, garlic, italian seasoning, salt and pepper in a small bowl.  Give it a quick stir.

Tip: I sprayed the cast iron skillet with vegetable oil spray, but later realized that the melted butter in the parmesan mix would have been sufficient by itself.

Step One: Fire up the grill to a direct heat at 350 degrees.  While that is heating up, slice two large sweet potatoes in 3/16 inch slices.

I used our food slicer to cut the potatoes in a uniform thickness. That makes the grilling time more consistent.

Step Three: Pour the parmesan mix over the sweet potatoes in the cast iron skillet.

It only took 20 minutes for the sweet potatoes to be fully cooked.  A nice caramelized crust formed where the potatoes and the cast iron touched – Oh my! Was that just the best part of the dish!

The time varies depending on how thick the slices of sweet potato were cut.  The thinner the slice, the quicker it will cook.

Be careful removing the cast iron skillet from the grill.  It is extremely hot! After this recipe, I decided to research and wrote about the best grilling gloves I could find. Hopefully, I can avoid finding out exactly how hot cast iron will get again!

Twice Baked Brisket Potatoes – I had some leftover brisket and wanted to make a meal out of these twice baked potatoes. They were so filling and delish with the smoky flavor!

Foil Pack Sweet Potato – You can’t get any easier than this! Wrapping the sweet potato in foil with a little bit of prep and grilling it until it is baked through.

Mouthwatering Grilled Potato Skins – Yowza! These turned so crispy and we made ours “fully loaded” with sour cream, butter, bacon and all the fixings! I can’t say enough good things about the amazing texture and flavor! 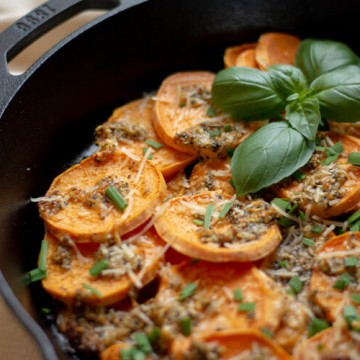 This will be fairly “clumpy” so you will work it around with a small spatula to coat the top of the potatoes. 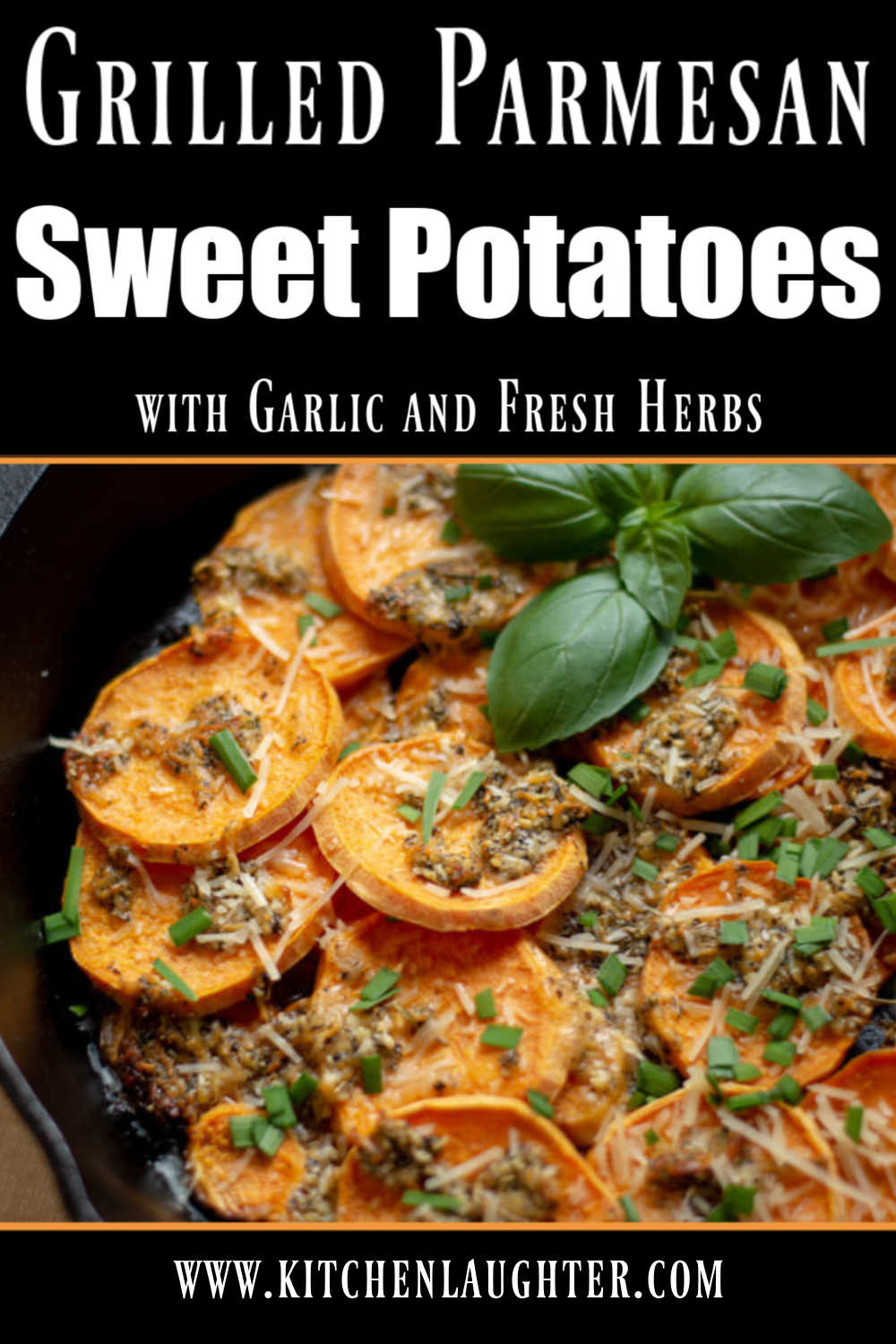