Cast Iron Pans are heavy-duty and quite indestructible, so they are perfect for the grill. Unlike any other cookware, they literally get better with age. They are designed to be used over open fires and offer a ton of versatility when it comes to grilling.

When grilling with your cast iron pan, you can quite literally just stick the pan right on the coals. More commonly, I use it on the grate, but I love having the ability to change things up.  This adds many new options to the grilling menu because your cast iron pan can be used as a Dutch oven, a smoker, a baking vessel, for simmering sauces, searing steaks, and more.

Let’s dive into some of the ways using cast iron can up your grilling game!

🥩 Give Meats a Rapid and Even Sear

After it’s hot, pour a tablespoon or two of oil directly onto the skillet and wait until it starts smoking slightly. Then, place your meat into the pan. This searing method works immediately and creates a phenomenal, even sear in just a minute or two. It also creates a fantastic, deep, savory flavor. Plus, searing on the pan allows you to retain all the flavorful juices – nothing drips away. Yum!

Well-seasoned cast iron pans naturally minimizes sticking while grilling. Simply season it with vegetable oil. The more you use it, the more seasoned it will become. A seasoned pan adds a natural layer of non-stick goodness to help you cook and grill stick-free and stress-free.

When you breeze over and look at the Smoked Salmon Stuffed Mushrooms, you will see the cheese dripping down onto the cast iron skillet. I’m not worried about it. Cleaning up is a breeze since it’s seasoned so well. It would be a totally different story if I was using another type of pan.

Baking or cooking with cast iron while grilling drastically minimizes clean up time. Your grill will stay clean because the pan will keep any dripping juices or food bits from falling into the flames, creating a mess.

All you’ll need to clean afterwards is the pan itself (just make sure to never use soap to clean your cast iron pan because you’ll destroy the seasoned layer)! We used it to make our Grilled Brisket Nachos and as long as it is seasoned well, the clean up is a breeze.

🍪 Bake on the Grill

This grilling tool minimizes the impact of hot spots because it collects the heat and disperses it throughout the surface.

Check out the Apple Crostata we made using a Cast Iron Griddle. We had no issues at all with sticking. It literally slid off and was ready to eat. Cleaning up was a breeze, too.

Depending on the brand of the pan you use, cast iron can be a bit of an investment, but an ultra-worthwhile one. Some brands of cast iron pans are significantly cheaper than others.

Cast iron pans come in a variety of sizes, and the great thing about cooking with them is that you can grill an entire meal right in your pan! A quick search for “one skillet dinners” will present you with an endless list of easy dinner recipes that can be made in a single pan. This is even easier when done on a grill. Simply throw all the ingredients into the pan, place it on the grill, and let it do its thing.

If you’ll be feeding a family, you’ll want to opt for a larger sized pans. If you’re only cooking for one or two people, a medium sized pan will do. We used a square skillet with ridges for the Brisket Stuffed Potatoes and used the 36 oz Oval Dish for the Grilled Steakhouse Potatoes.

Cast iron pans give you the opportunity to cook foods that normally wouldn’t work on the grill. Roasting tomatoes or peppers, and simmering saucy stews to perfection is best done in a pan on the grill where the juices and small pieces of food are contained and won’t risk falling between the grates.

We cook our Smoky Beer Cheese Dip in a cast iron flawlessly! Talk about sticky and gooey! The Bacon Wrapped Chicken Livers are sprinkled with brown sugar and all of that is dripping deep onto the cast iron with no issues – as long as it is seasoned.

🔥 Make it a Smoker

This is one of my favorite hacks because the taste of smoked food is something I crave constantly and what better way to achieve this than in the convenience of your own grill! Simply place a good amount of soaked wood chips into your cast iron skillet and put the skillet onto the burning charcoals. The wood chips will slowly burn as the cast iron heats up, turning your grill into a super effective smoker all while using your cast iron!

The only thing I found where the cast iron is limited is when using the GrillGrate. This is a great grilling accessory that I reviewed.

The problem is that the GrillGrate focuses the heat from the grill directly on to the fins. Those fins become exceedingly hot, and it may exceed the safe temperatures for cast iron.

Bottom Line: Don’t use the GrillGrate and Cast Iron together!

Are you about sold yet? What other questions do you have? How do you like to use your cast iron? Comment below or drop me a line, I’d love to share tips and tricks. 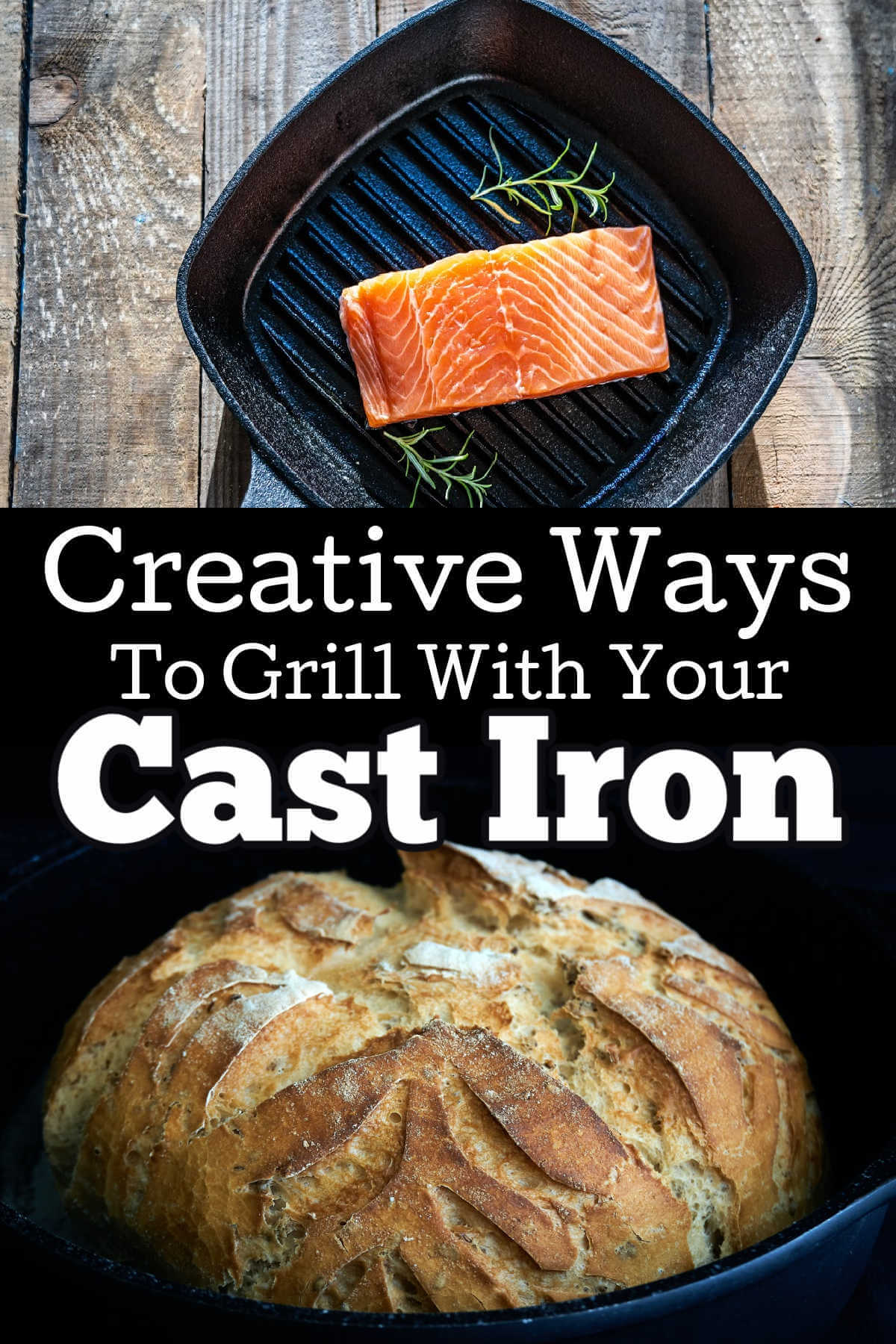 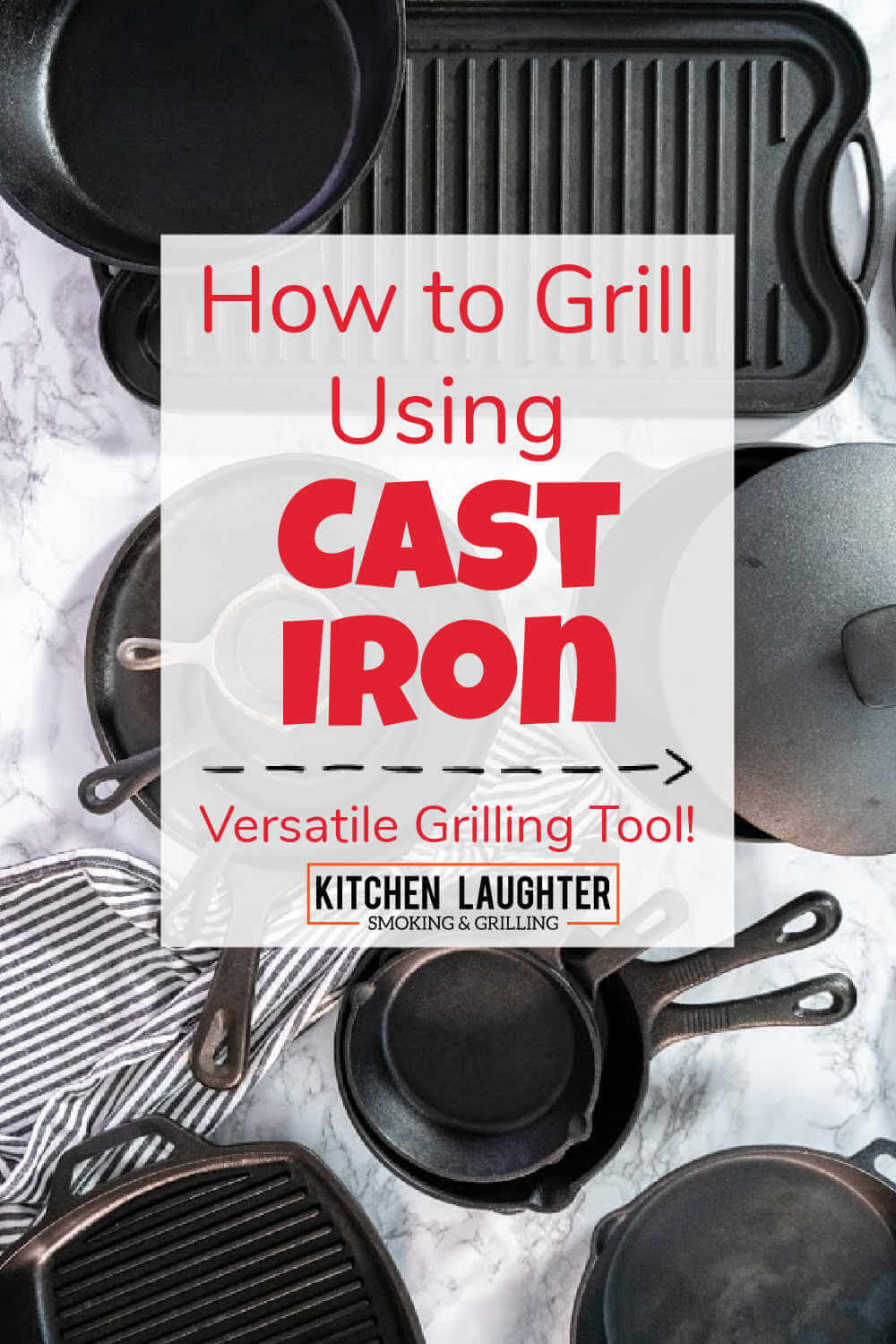