My local oriental grocery store had some beautiful rainbow trout for sale.  I wanted to show you how to smoke trout. The recipe is easy and they turned out phenomenal!

I love the seafood selection at the Lotte in northern Virginia.  I feel like a kid in a candy store! Ginny was out of town, so this was the perfect opportunity to try a smoked trout recipe.

The gentleman behind the counter was kind enough to rinse the fish and packaged it up nicely.

I got home and made a brine.  This was about one gallon of water, one cup of brown sugar and one cup of kosher salt.  I mixed them together well until it was dissolved and placed the fish in the container to soak for about six hours in the refrigerator.

Before bedtime, I took the fish out of the brine, rinsed them well and laid them on a tray normally used for cooling cookies (don’t tell Ginny!).  I covered it with Press-N-Seal and set it back in the fridge overnight.

I woke early in the morning to get the smoker going.  It was well south of 32 degrees outside, so I was a bit worried that I would have to free the lid from being frozen shut, but I got lucky and it opened just fine.

There was just a little bit of charcoal left in the bottom from my last grilling, but as this recipe calls for very low smoking temperature, I dropped in my homemade firestarter and let the grill heat up.

I had some extra alder left over from my last trip to Dizzy Pig and soaked it in a bucket of water.  Next time, I would like to try some fruitwood. I bet that nice, mild smoke would complement the fish nicely.

After about 30 minutes, the charcoal was burning nicely.  I placed the plate setter and grating on the Big Green Egg, and closed the top and bottom vents to less than ¼”.

After another ten minutes, the temperature was stabilized at 225 degrees and it was time to put the fish on the grill.

I kept one of the whole trout plain.  For the other trout, I added three pads of butter and a couple of lemon slices to the body cavity and added another couple of slices of lemon on top.

Step One: Right before putting the fish on the grill, add the smoking chips.  If you are using a Kamado grill, use the grate tool to lift the plate setter slightly and drop in about half of the wood chips.  No problem.

Step Two: Set the trout directly on the grate.

Note: The skin may stick a bit when you remove it, but it isn’t a big deal, as the meat will flake off easily. In hindsight, I could have used olive oil on the grating to minimize the chances of it sticking.

Step Three: Keep an eye on the temperature and made sure it stays less than 225 degrees.  That can be a bit of a challenge with the plate setter in there. It will continue to heat up and can cause problems later in the cook.  If it does start to get too hot, add a disposable pan filled with ice cubes between the grate and the plate setter. Try to close the vents a bit more too.

Step Four: With about an hour left in the smoke, add rest of the smoking chips.  Unlike many foods, I wasn’t too worried about it becoming too smoky, as the outside skin would collect most of the smoke flavor, but it is later discarded.

Step Five: Smoke it until the temperature of the fish reaches 160 degrees.  This took about 3.5 hours, but the amount of time will vary significantly, so keep checking the temperature.

As expected, when it was time to take them off, the skin stuck to the grate a little.  Not a big deal. A little coaxing and I removed the fish to the tray to cool.

After the trout cools, it is time to pick the meat.  Trout are very bony fish. The best way I found to remove the meat while minimizing the number of bones was to peel the skin of the fish up from the belly to the dorsal fin (on top).  There is a very nice filet of meat there. The spine is about ½” below the top of the fish, so use your finger to pull the meat away from above the spine. You’ll quickly feel the bones.

After the top meat is removed on one side of the fish, you should see the exposed spine.  Using your fingers again, slowly peel the filet below the spine, down towards the belly. With any luck, the bones stay attached to the spine, and meat comes off easily.

I can almost guarantee you’ll still get a few bones in the meat, but I definitely had a lot fewer on the second fish I tried. So, practice definitely helps here.

🐟 How Does It Taste

I was extremely surprised how mild and tender the smoked trout was.  The heavy smoke smell of the skin turned into a mild, well-balanced flavor of the meat.  The trout meat can be eaten warmed or cooled. You have to love that! I had some crackers, cream cheese and a bit of the smoked trout.  Oh my! Was that tasty!

As you can imagine, Ginny is excited about coming home to make something out of my efforts. I just give and give here! 😀

Here are some ideas to use your smoked trout.

The options are really endless but at least you have a great idea of where to start!

Smoked Salmon – This is my favorite all-time classic smoked fish recipe. It is hot smoked and glazed with honey for an insanely delicious flavor!

Smoked Fingerling Potatoes – I can’t get enough of this simple smoked potato recipe. If you’ve already spent the time to get the smoker set up, give this delicious side dish a whirl.

Smoked Chicken Thighs – This includes a dry rub during the smoking process and an easy homemade BBQ sauce for the final few minutes. The flavors are simply out of this world!

Here’s hoping you like smoking fish as much as we do! 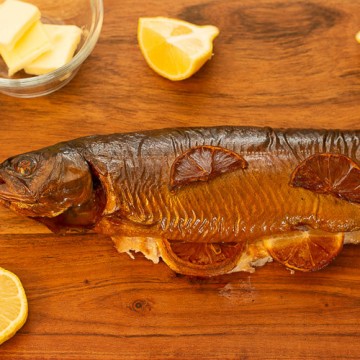 Brine for the Trout

Make sure you rinse thoroughly after the fish is removed from the brine.  If you don’t the fish risks coming out too salty. 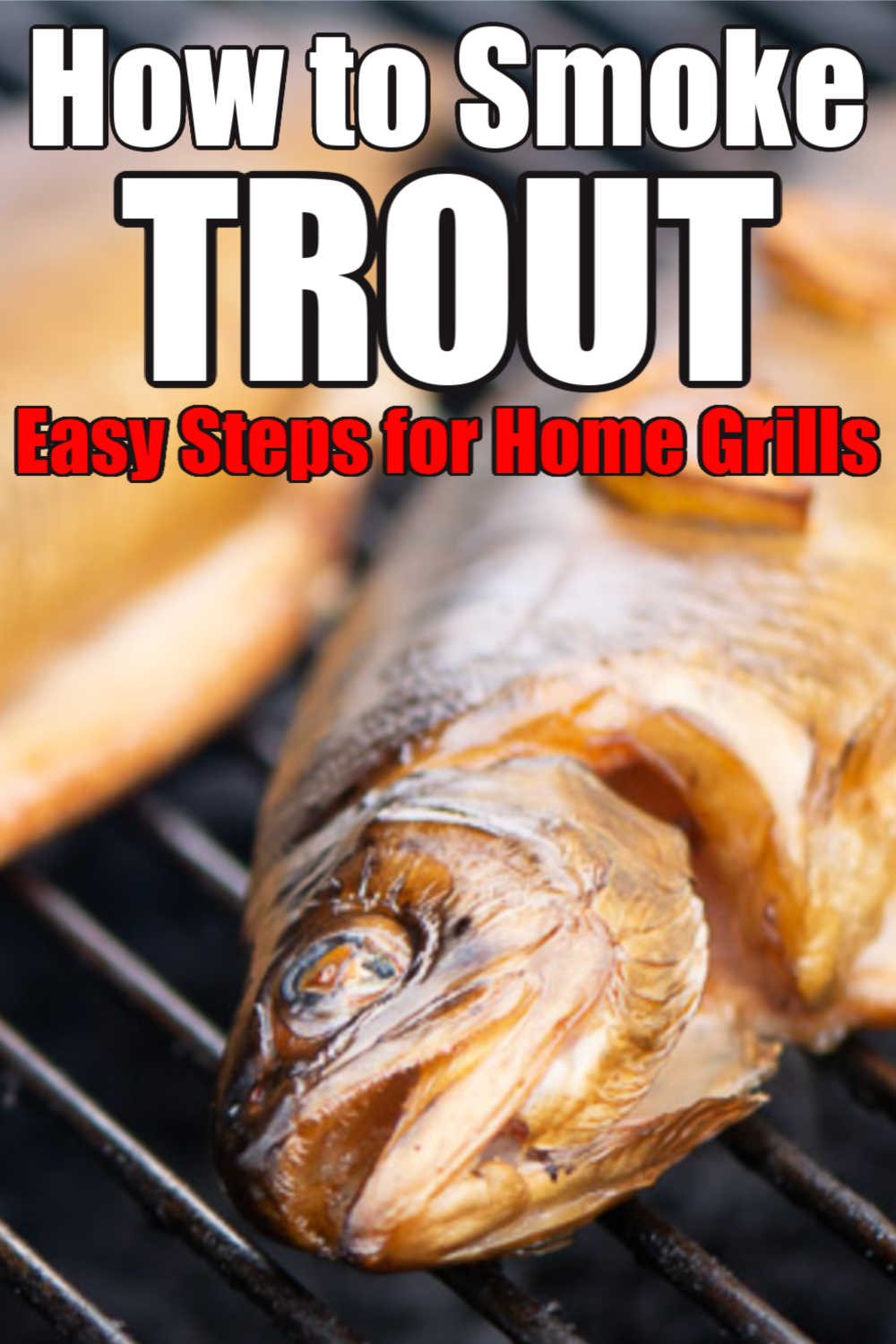