These Bacon Wrapped Grilled Bison Meatballs are flat out addicting to eat! Each meatball is equal to one large bite of a mild, tender game wrapped in a thin piece of crispy bacon and drizzled with homemade Citrus BBQ sauce. Try saying that in one breath! Don’t worry, it’s all worth it!

Bison Meatballs alone would have been a great recipe to share but when you wrap anything in bacon, it just becomes magical on the grill. I’m not going to lie, there are some challenges with this recipe but we tested and tested to address all the questions. That leaves you with nothing but an awesome appetizer for your next cookout.

I really wanted to include the bacon to make sure that the lean bison meat stayed juicy and delicious. You’ll notice that I cooked it in cast iron skillets for a reason. I wanted to make sure that I could get a great even grill on all sides and sear that bacon to a crispy outer crust. Without the cast iron, the drippings would cause flare ups and disposable pans just wouldn’t give it the good sear. I did have to ladle off the bacon grease to make sure that the bacon would crisp up. It worked perfectly but it was just a little bit more effort than I normally like, but it was so worth it.

Ground Bison – Bison or buffalo meat is a mild game meat that can be used interchangeably with ground beef, as long as you do so with care. It is extremely lean so you can quickly overcook it if you aren’t careful. The “gaminess” flavor is very mild and really has a nice hint without overpowering at all.

Bacon – Use thin strips of salt cured pork that come from the pork belly. You can use flavored bacon as well to really mix it up. I cut the bacon strips in half to wrap around the meatball.

BBQ Sauce – I chose to make our own sauce for this recipe, but I tested a beer BBQ sauce on it as well and it was fabulous!!

You can use this BBQ sauce or check out the Beer BBQ Sauce, Cherry Bourbon BBQ Sauce or a Sweet and Spicy BBQ Sauce. If you have a family favorite, give it a try as well.

This sauce is super simple with a distinct “not from a jar” taste. That comes from adding in that little bit of orange juice concentrate. I’ve used concentrates before and everytime I do, I’m so happy with the results.

Step One: Combine the BBQ sauce and orange juice concentrate (defrosted) into a small bowl and stir. Refrigerate until ready to use. You can store this one in the refrigerator for up to two weeks.

Step Two: Combine all of the meatball ingredients into a small bowl and combine using your hands to gently pull all ingredients together. Do not overmix or the meat will get tough.

Step Three: Scoop the mix into one inch balls and roll it in your palm to form a circle. Place it on a cookie sheet.

Note: These freeze extremely well. Simply cover them with Saran Wrap or Press n Seal and freeze overnight. Then, place them in a gallon freezer safe Ziploc bag until ready to use. Remove from the freezer the night before you grill and defrost them in the refrigerator.

Step Four: Take ½ pieces of bacon and wrap them around each meatball. If you are using super thin bacon, it should stick to itself without needing to use a toothpick. If you need to use a toothpick, slide one through at this point. Place the meatballs in a cast iron skillet with room to move around. If you get them too close to each other, they won’t sizzle up like you want them to. We divided them into two skillets to achieve that.

Step Five: Heat the grill to 400 degrees using direct heat.  Place the skillet on the grill for ten minutes and then turn the meatballs over for another ten minutes. As I mentioned above, we ladled out most of the bacon grease to allow them to crisp up like you want. It took us a few tries until we found this technique that worked the best.

Step Six: When the meatballs are cooked through, remove them from the grill and remove the toothpicks. Replace them with fresh toothpicks for you and your guests to pick up and eat for a great finger food. Drizzle BBQ sauce on top and serve.

Here are the tips and tricks I found as I prepared the recipe. 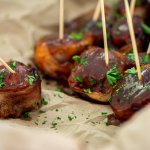 Flash Freeze the extra meatballs and store in a freezer safe bag.  Remove the night before grilling to thaw in the refrigerator. 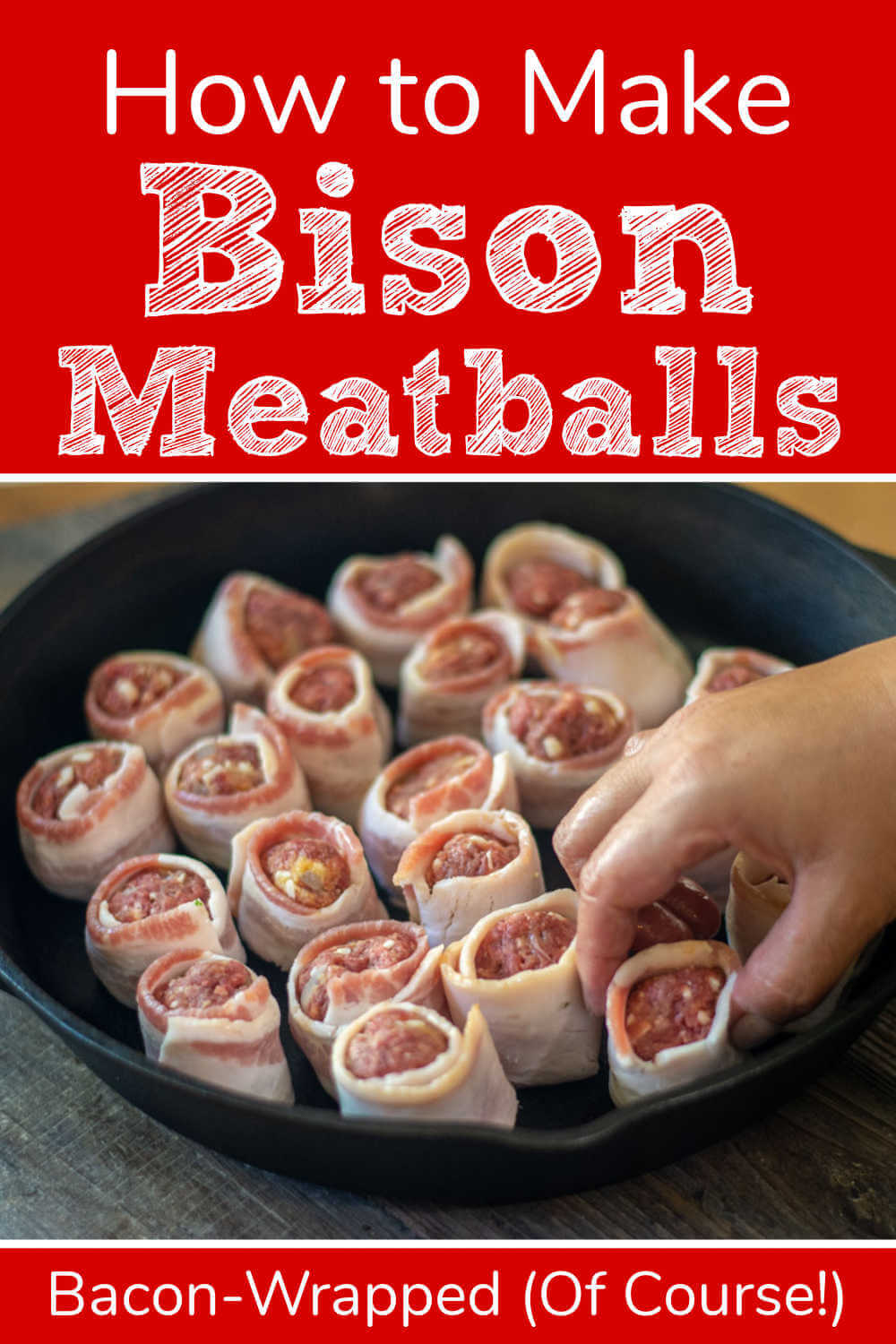 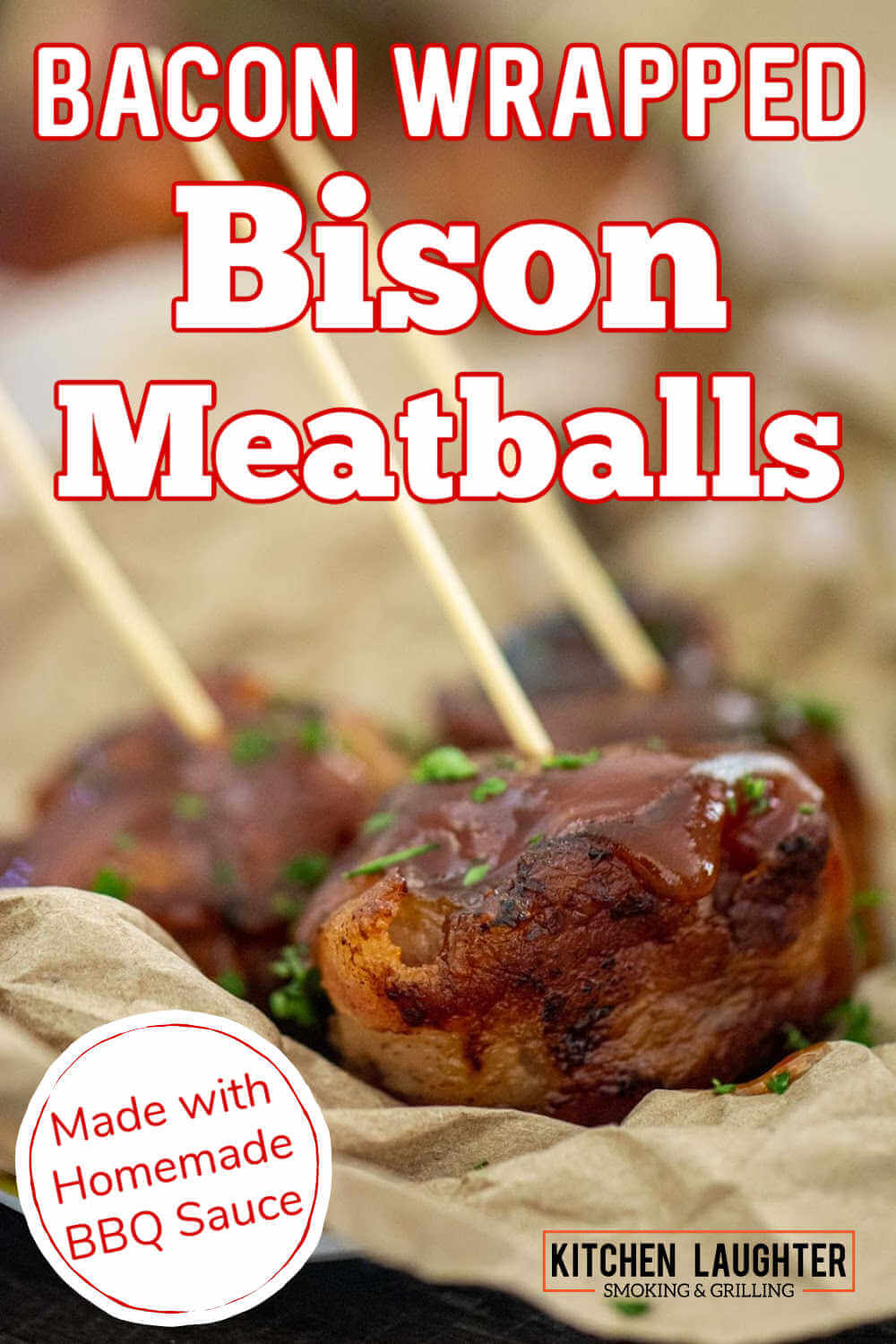