When we lived in San Pedro, CA years ago, we became addicted to eating at this Hawaiian-fusion chicken restaurant called Maui Chicken. It was so yummy and hands-down one of our favorite places to eat!

Step One: Combine all of the marinade ingredients together and stir well. Reserve 1/3 of a cup in a bowl. You’ll use that to baste the chicken later.

Step Two: Add the chicken thighs and the marinade in a Ziploc bag. Put the bag in a bowl in the fridge for about six hours.

Note: I learned the hard way that Ziploc bags are not always drip proof. When I opened the refrigerator several hours later, the marinade dripped out and made a mess all over the place. So, definitely give yourself a second layer of protection and use a bowl.

Step One: Preheat the grill to 350 degrees using direct heat.

Step Two: Remove the chicken from the marinade, place it on the grill and let it cook for 7-8 minutes.

Step Three: Turn the thighs over and let the other side grill for 7-8 minutes.

Step Four: In the last few minutes, brush the reserved marinade on the chicken. This will develop into a nice caramelized sauce and add a tremendous flavor.

Step Five: Remove the chicken and let it rest for about ten minutes before serving.

We have learned a few tips while grilling Huli Huli Chicken.

When this comes in off of the grill, Jason has a landing spot on the kitchen island where all the grilled meat rests as he is running back and forth. Within seconds of this meat hitting the counter, Spencer mysteriously appears with his fork and knife in hand. Every. Single. Time. It’s hilarious!

The most common question I get is do you have to use chicken thighs and the answer is “no” – but you do lose some of the tenderness and flavor. I have tried this recipe with chicken breasts and it’s just not the same.

Grilling the Chicken on a Kamado Grill definitely helps to keep the meat juicy.  We have used this recipe with gas grills, but the results are not as good.

In a rush?  While the recipe calls for marinating the chicken for six hours, we have done it in as little as two hours.  The resulting flavor wasn’t quite as robust, but it can work in a pinch.  Don’t let last-minute dinner guests stop you from trying out this mouth-watering recipe.

Grilled Sweet Potatoes – While the grill is hot, throw on some sweet potatoes to turn this into an entire grilled dinner.

Grilled Sweet Onions – Slice some thick chunks of your favorite sweet onion and grill them up for an amazing side dish!

Grilled Green Bean Bundles – This is a fun and fast side dish that is perfectly portion controlled. And…well…Bacon! 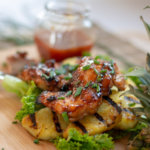 The secret to this recipe is to let the grill provide a nice sear on the chicken.  If the grill is not hot enough, or the chicken is removed too soon, you won’t get that nice sear and caramelized sauce.  That tastes so amazing, you’ll want to make sure you get it! 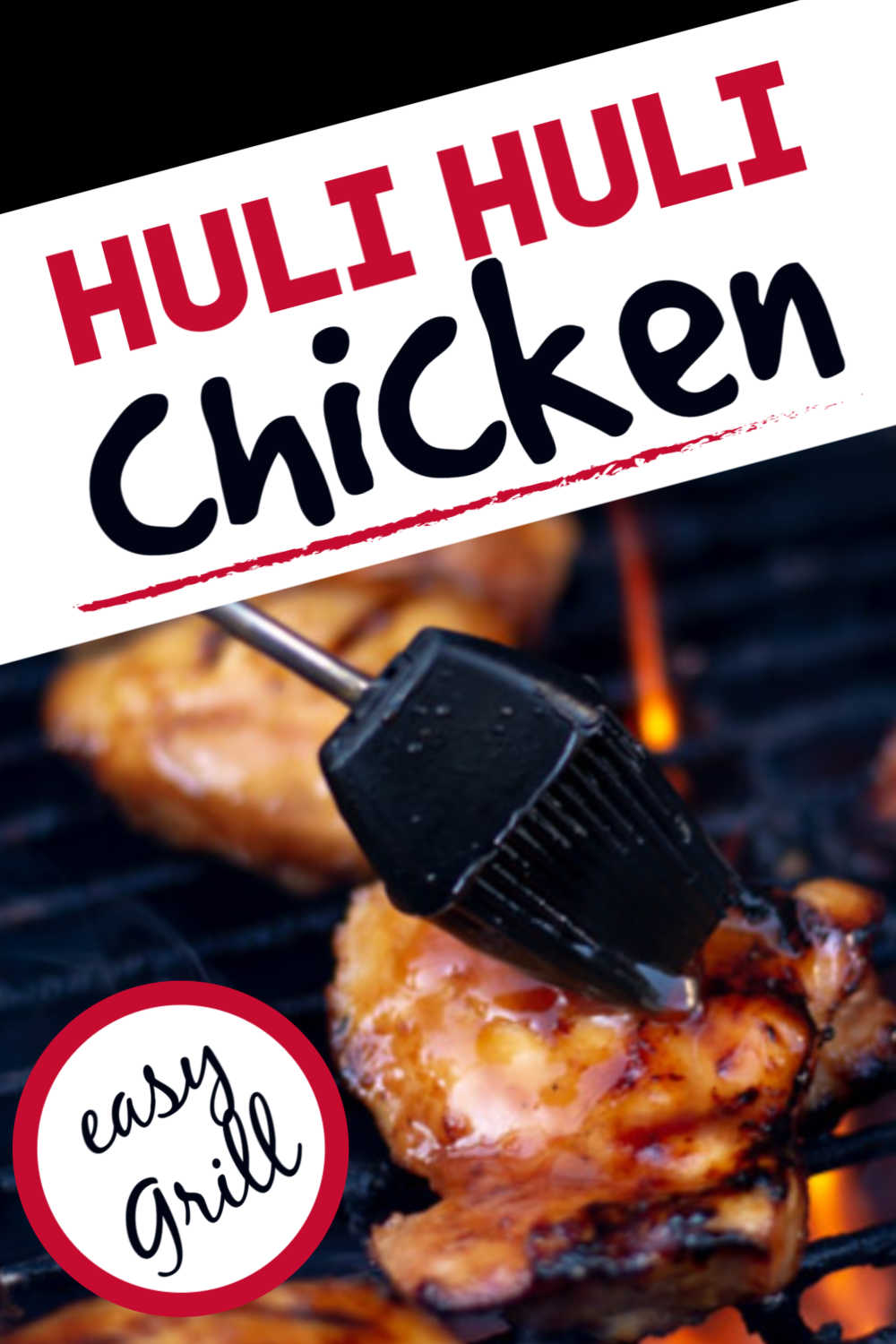