Brisket was one of the first things I started experimenting with when I bought my Big Green Egg. It wasn’t too expensive, it made a lot of servings and folks said it was easy! All of that has been true to the point my family has the reaction of “another one?” when I say I want to put on a brisket. I have ventured away from my first recipe that I used (or as Ginny would say “over and over again!”) and this BBQ brisket has been a huge hit!

I love this recipe for 2 major reason:

You just can’t go wrong with these two delectable treats, but this recipe in particular adds a fantastic tangy taste with the cider vinegar.  It is a fantastic complement to the sweet barbecue rub.

I have made several briskets on the Egg in the past, but this is the first time I covered the top with uncooked bacon.  I decided to weave them together (although, there really is no reason to, as you’ll see we take off the bacon and chop it finely to make the sauce.)

I am an early-bird, and usually up well before the sun comes up.  For grilling a long-cook meat like the brisket, getting the pre-dawn head start comes in handy!  Ginny even bought me a cool light that connects to the BGE lid, which makes it much easier to work in the dark.

A plate setter was used for indirect heat, and a disposable pan set on top of it caught the juices from the brisket.

With a temperature kept between 250 and 275 throughout the day, I checked fairly often to make sure I adjusted as needed.  I decided not to use any wood chips for smoking, because I wanted to keep the smoky bacon taste.

Keep this on the grill until the internal temperature reached 185 degrees, and then take it off to let it rest before making the sauce.

But let’s get back to the important things:  Bacon and the Brisket!  The bacon served as a great protective layer to the brisket while it was on the grill.  The brisket itself was delicious!  I put it in the refrigerator for a few hours after it rested.  I find that it is easier to run the chilled brisket through a meat slicer if it has had some time to firm up.

Carefully pouring the sauce over the sliced brisket made a fantastic main course! 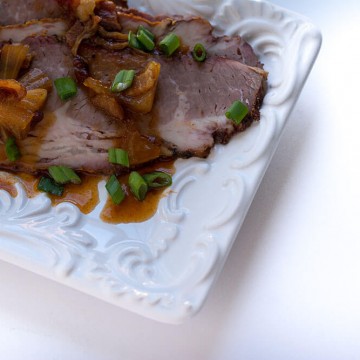 For the dry rub:

Note: Weaving the bacon into a basket-weave will keep it together as the brisket cooks, and looks fantastic! 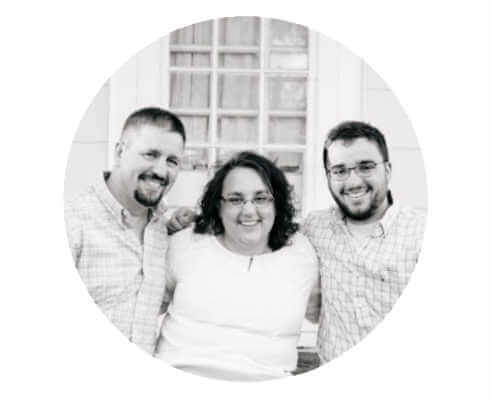 Join us as we fire up the 30 years of backyard grill and smoker experience to create recipes for your family and friends where memories are made. Learn more about us... 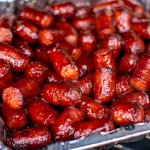 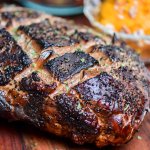 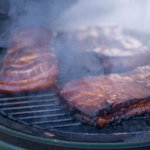 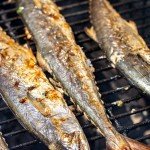 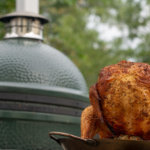 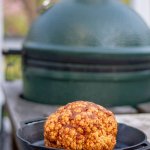 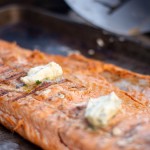 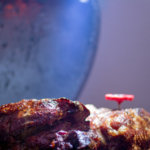