It is extremely easy to Smoke Cheese on the Grill. This technique adds so much flavor and is a great way to turn your recipes into masterpieces!

We had a few large blocks of cheese left over from a trip to Amish Country in Pennsylvania.  They sat in the freezer for quite a while, but I had an itching to try something new on the grill.  We had a get-together with some friends and needed some finger food, so I whipped up some homemade soft pretzel bites to use with this delicious smoked cheese dip. We are going to smoke the cheese and then we’ll show you how to make the pretzel bites in the next two posts. DELISH!

I read several different techniques to smoke cheese in the grill:

Step One: Set up the grill for indirect heat. I emptied all but a handful of charcoal lumps and lit them.  After they caught, I added two large hickory chunks that my neighbor’s parents brought.  It didn’t take long for the smoke to start billowing. For a gas grill, turn off the center burners, fill a smoker box insert it into the grill.

Step Two: Add the cheese blocks to a disposable pan.

Step Three: I kept the temperature below 200 degrees for about 20 – 30 minutes.  Once I could see the cheese starting to get soft, I took it off the grill to cool.  It doesn’t take long to smoke these!

Step Four: Let the cheese cool inside. When it has returned to room temperature, wrap it in butcher paper and let it rest in the refrigerator for 24 hours.

Step Five: Remove the cheese from the butcher paper and vacuum seal it for the remainder of this process. If you don’t have a vacuum sealer, use a large Ziploc Bag or wrap it tightly with Press-N-Seal. Put if back in the refrigerator for at least a week.

Note: It takes time for the smoke flavor to move from the outside of the cheese to deep in the middle. The two week waiting time gives the cheese the opportunity to get that flavor all the way through!

I read that soft cheeses would not work as well for direct, hot smoking.  Fortunately, I had a block of cheddar, a block of pepper jack and a block of swiss. The swiss was a bit soft, but still did REALLY well.

The key is to choose a larger block and a hard cheese.

If you keep it refrigerated, a nice smoked cheese will last around three to four weeks.  If you freeze it, it will last another three to six months. Vacuum seal it to extend the life even longer. 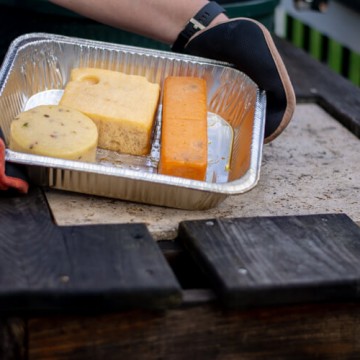 Smoked Cheese on the Grill

Don’t skip the last steps.  It is tempting to slice the cheese and eat it right away, but the waiting period allows the smoke to permeate the whole block of cheese and it will reduce the acrid taste of the smoked exterior. 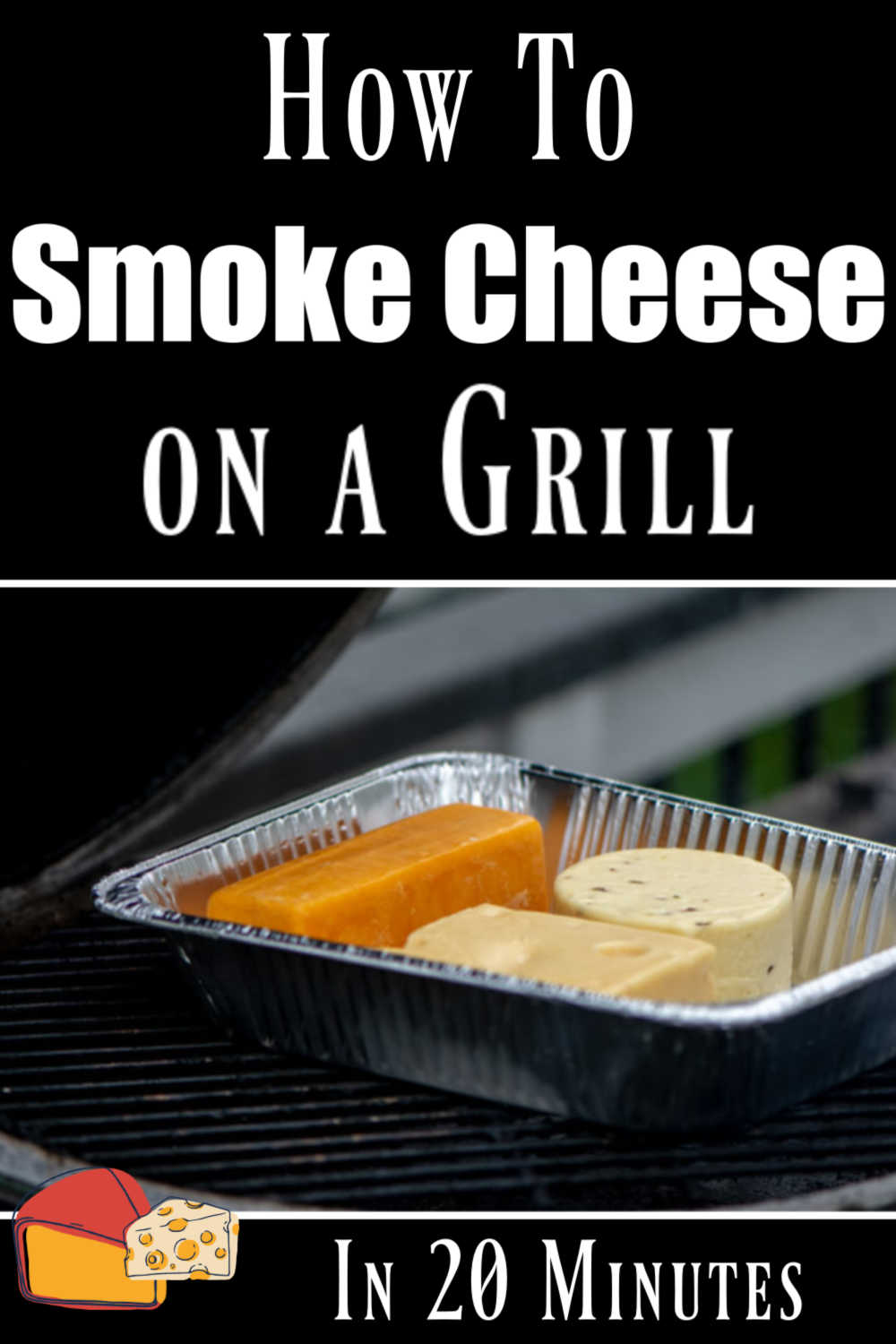