These Honey Mustard Beer Brats are a fantastic finger food to take to your next work party – or just keep them for your friends and family at a BBQ! They are fast and super easy!

This is the last installment of the “Jason Shouldn’t Have Been Allowed to Go Alone to the Grocery Store” series. If you haven’t been reading up on this, make sure you catch the other installments including Beer Brat Chili and Cranberry Beer Brats where Jason was left to his own devices at the store and came home with several packages of beer brats. I love beer brats as much as the next person, but holy cow! Help me out here!

The good thing that came out of this was that the recipes ended up being some new familiy favorites, including this Honey Mustard Beer Brats recipe, and Jason had his lunches made for the week! It ended up being a win/win but I will be more cautious in the future when I ask him to pick me up something from the store.

Step One: Set up the grill for indirect heat at 350 degrees.  On the Big Green Egg, I used the plate setter. On a gas grill, turn off the center burners.

Step Two: Add two bottles of your favorite beer to a cast iron skillet and place it on the grill.  When the beer starts to boil, add the brats.

Step Three: Cook the brats for 20 minutes or until they are cooked through.

Step Four: It’s time to get that nice sear on the brats. Remove the cast iron skillet and plate setter.  With the grill now set up for direct heat, place the brats directly on the grate and cook at 350 degrees for another three minutes.  Turn them over and grill the other side.

You now have nice, fully cooked and seared beer brats!

The sauce is so easy to make and just simmers for a bit on the stove.

Step One: Combine all the ingredients, stir well and bring to boil. Then turn it down to simmer.

Step Two: When the brats come off the grill, slice them up, toss them in the honey mustard sauce and serve.

The only drawback to this recipe is that it is not pretty! I was so bummed as I wanted the photos to show how delicious they were.

Depending on what kind of function you are attending, you can do the following:

Substitute the brats for another meat, like kielbasa. I am not sure I would try the italian flavored as I think it might taste “off” with the honey mustard sauce, but hey, who knows! 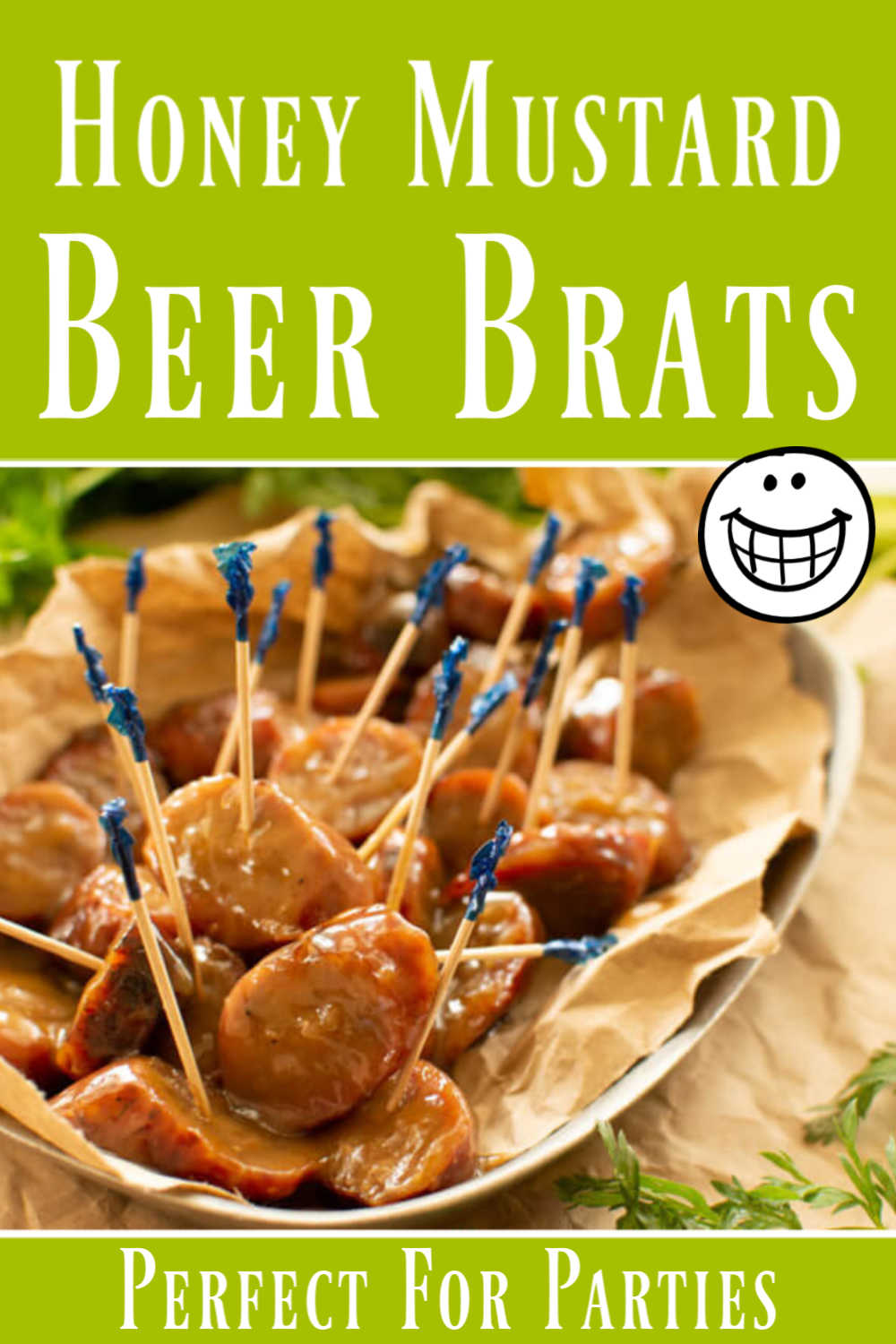