I found some Long Island Cheese Pumpkins at a local farmers market and wanted to try my hand at Smoked Pumpkins.  Man, am I glad I did.  We have used smoked pumpkin purée for several recipes now.

I have always wanted to use smoked pumpkin in recipes.  I finally got the opportunity to make it myself and was really surprised at how easy it was.  It is really hands off, and virtually foolproof.  That is my favorite kind of recipe!

Pumpkins – I found some Long Island Cheese Pumpkins, which are a heritage variety.  You may find them labeled as “Cinderella” pumpkins as they have the classic fairy tale shape and coloring. These are meaty and only grow to six to ten pounds, which makes them perfect for the grill.  This is one of the most popular varieties for making pies.

Apple Wood – The mild smoke of the apple wood works wonderfully with all vegetables.  Best of all, you really don’t need a lot.  A nice, light smoke does the job perfectly.  Too much, and you run the risk of overpowering the squash flavor.

Step One: Cut the pumpkin in half.  Be extra careful and use a sharp knife. You can seed the pumpkin at this step, but I found it much easier to wait until after the smoking is over.  The pumpkin flesh is much softer and it is effortless to remove them at the end.

Step Two: Heat your grill to 250 degrees on indirect heat.  For gas grills, turn off the center burners.  For the Big Green Egg, add a plate setter.

Step Three: Add a couple of handfuls of Apple wood to the grill.  Add it straight on the lump charcoal.  For gas grills, add a smoker box.

Step Four: Place the pumpkin halves on the grill.  Keep the cut faces angled upwards.  Throughout the smoking process, the moisture in the pumpkins will drip, and it is much better to keep that inside the pumpkin.

Step Five: Let them smoke for about two hours, or until they are fork tender.  The goal is to smoke them, not grill them, so keep the temperature low and steady.

That’s all there is to it!  The smoked pumpkin will be used in several recipes over the next few weeks.

Don’t use decorative pumpkins for this.  You definitely want a variety that was bred for its meat.

It is easy to turn this into a purée and storing it.  Place a few cups into the food processor and let it run for a minute or two.  The pumpkin is so soft after smoking that it won’t take long to make a consistent texture.

Store the purée in a lidded container in the refrigerator for a week. To freeze, scoop it into a freezer safe Ziploc bag.  Push as much air out of the bag as possible and freeze.

Keep the seeds for roasting.  They will have a nice smoky flavor and will make for a great, healthy treat. 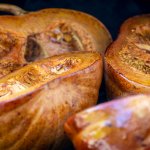 This versatile recipe is virtually hands off. You may be surprised with all of the things you can do with apple wood smoked pumpkins.
Course Side Dish
Cuisine American
Keyword Smoked Pumpkins
Prep Time 2 minutes
Cook Time 2 hours
Total Time 2 hours 2 minutes
Servings 10 people
Calories 35kcal

Freeze the purée in a freezer safe Ziploc bag until you need it.  Squeeze the air out of the bag to minimize freezer burn. Use the purée in a number of recipes including pumpkin pie, pumpkin hummus, whipped smoked pumpkin butter, and even a BBQ sauce. 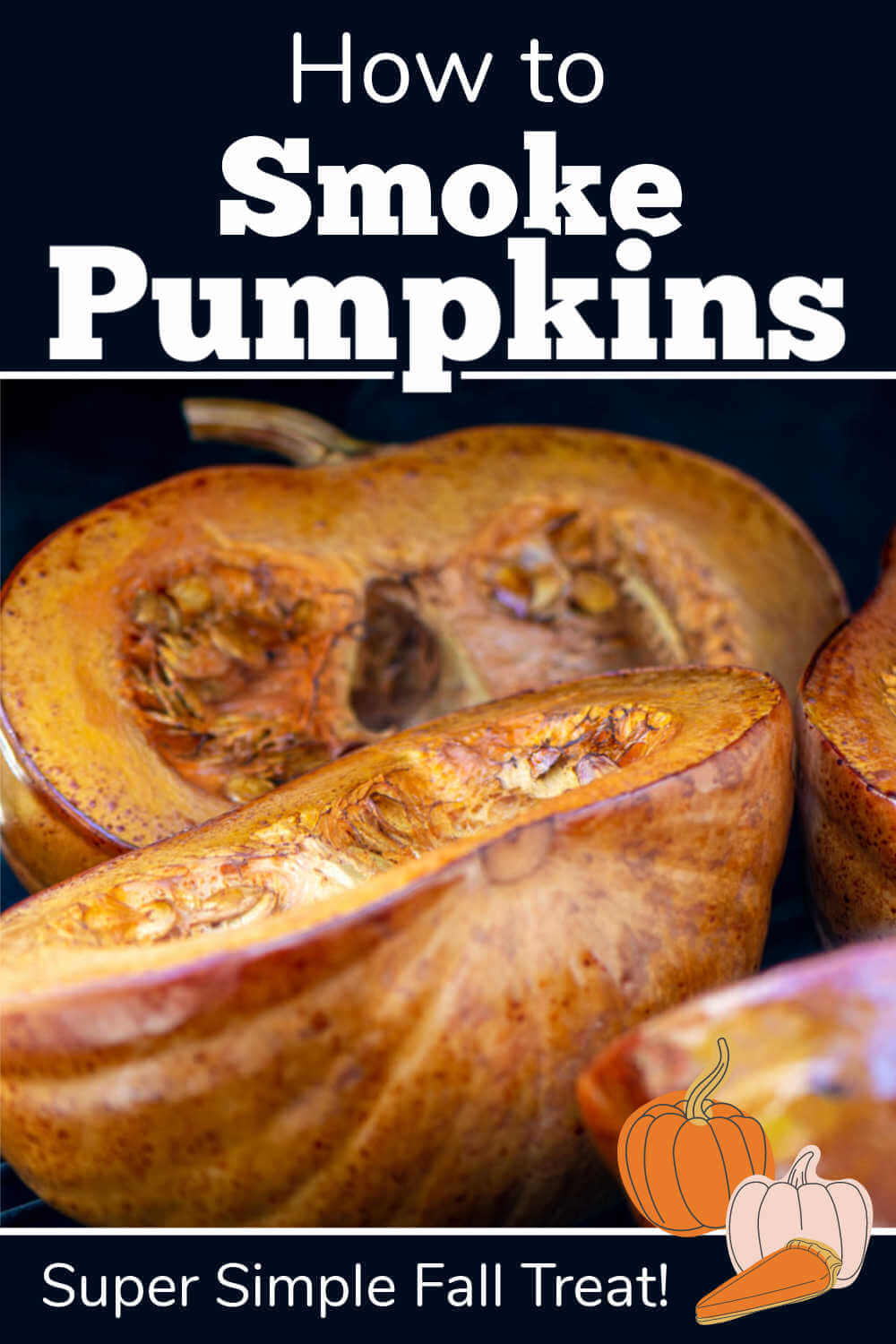 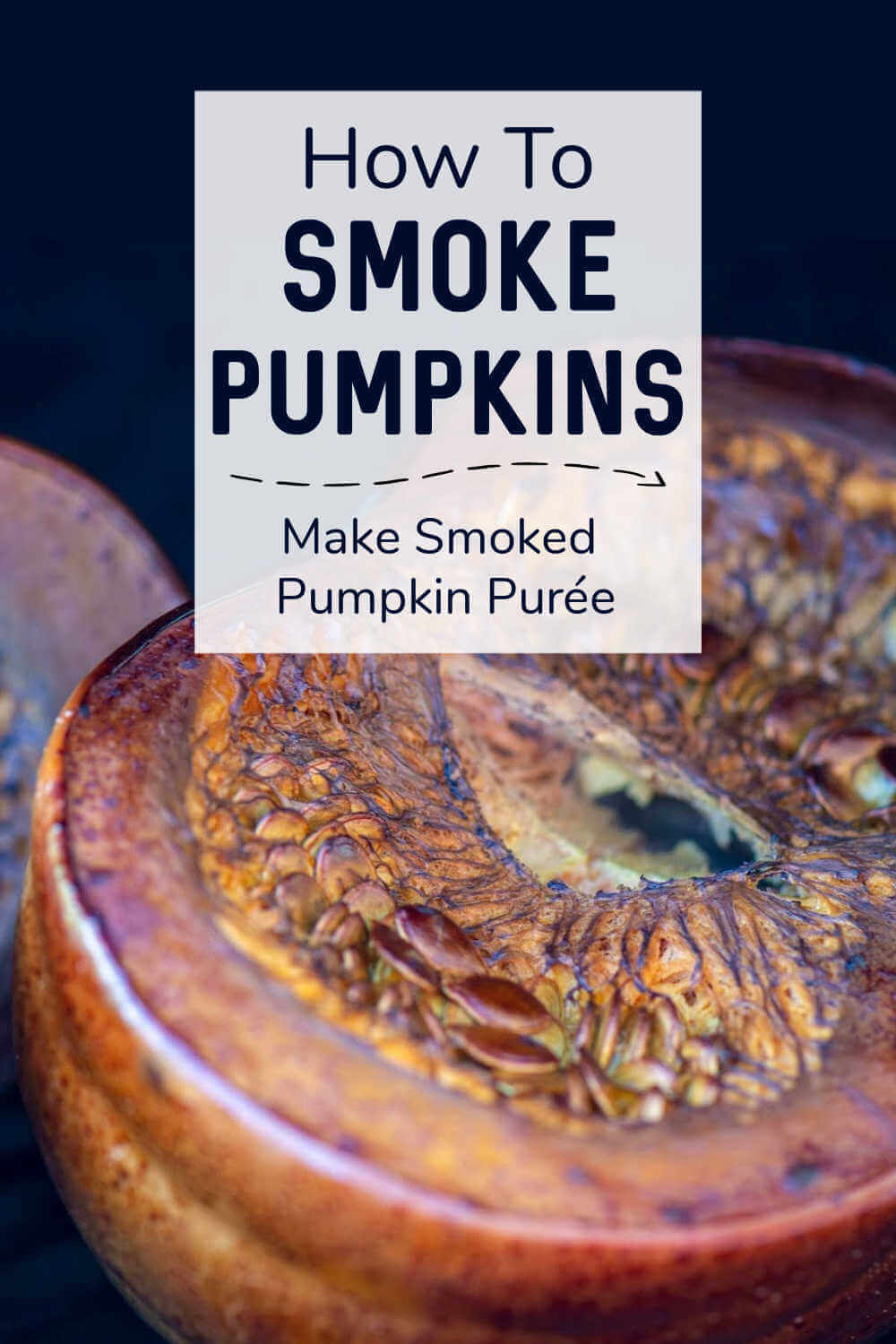